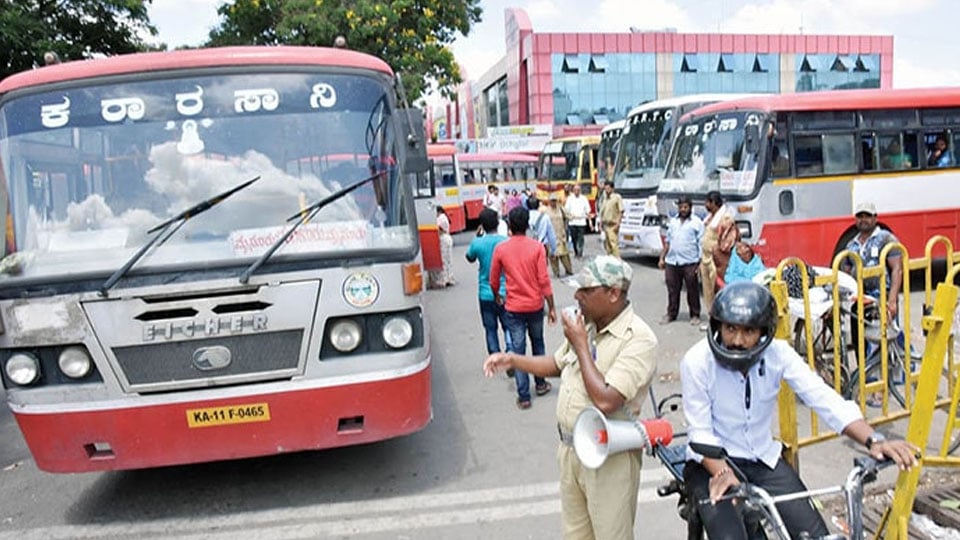 Bengaluru: In a jolt to the common man, the State Government, hiked KSRTC bus fares by 12 percent, starting from Tuesday midnight. The  hike will apply to KSRTC, NWKRTC and NEKRTC, while the BMTC has been exempted from the hike.

The previous hike in bus fares was five and a half years ago.

KSRTC Managing Director Shivayogi C. Kalasad said the Government approval has come more than a year after the Corporation had sought a fare hike. The Transport Corporations had asked for a hike of 18 percent due to the increase in operational costs, driven by rising fuel prices and employee salaries. But the Government has now approved a hike of 12 percent, he said.

A KSRTC press release said that the rising fuel prices had led to annual financial burden of Rs. 260.83 crore on the Corporation, resulting in an overall  annual increase of operational costs by Rs. 601.21 crore.Following the hike, the ordinary bus fare from Bengaluru to Mysuru has gone up to Rs.140 from Rs.125.  However, there is no increase in fares on student passes and passes for differently-abled.