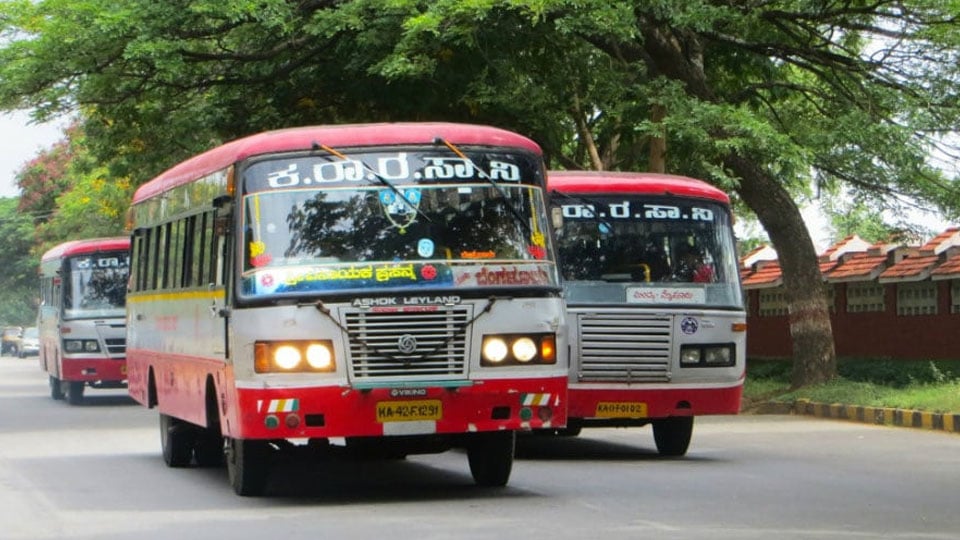 Mysuru:  The KSRTC Mysore Rural Division has made arrangements to provide 150 additional buses for the Dasara festival.

Speaking to Star of Mysore in this regard KSRTC Divisional Controller (Rural) Ashok Kumar said that from Oct.4 to 15 additional buses will be provided.

75 buses from Mysuru Rural Division, 30 each from Mandya and Chamarajanagar Depots and 15 from Mysuru City Division will be requisitioned, he said.

Dasara Darshan: Dasara Darshan is one of the major attractions for the people from rural areas. Hence, to watch the Dasara festivities, 70 buses with two each for 35 taluks will be provided for people from Mysuru, Chamarajanagar, Kodagu, Hassan and Mandya districts to participate in the  Darshan that will be held for three days from Oct.3 to 5, said Ashok Kumar.

During the three days of the Darshan, it has been decided to bring nearly 11,000 people and they will visit Zoo, Chamundi Hill, Palace and Raitha Dasara before they are safely dropped back to their places, he added.

As there is entry fee for the Mysuru Zoo, District in-charge Minister V. Somanna has said that he would release Rs.5.4 lakh from his Pratishtan funds. For the buses Rs. 34 per km will be charged per bus to cover a distance of less than 300 kms and the District Administration will be asked to pay for it to KSRTC, he said.

Open Bus: Just like last year, this year too, an Open Bus will be got from Bengaluru’s BMTC (Bangalore Metropolitan Transport Corporation) depot, said KSRTC City Divisional Controller Yashwant Kumar. In the whole State only BMTC owns a single open bus and it will be used only during Dasara in Mysuru.

The proposal for Open Bus will come from the Tourism Department and we will provide that service. During Dasara the city buses will be operated throughout the City up to 12 midnight, he added.