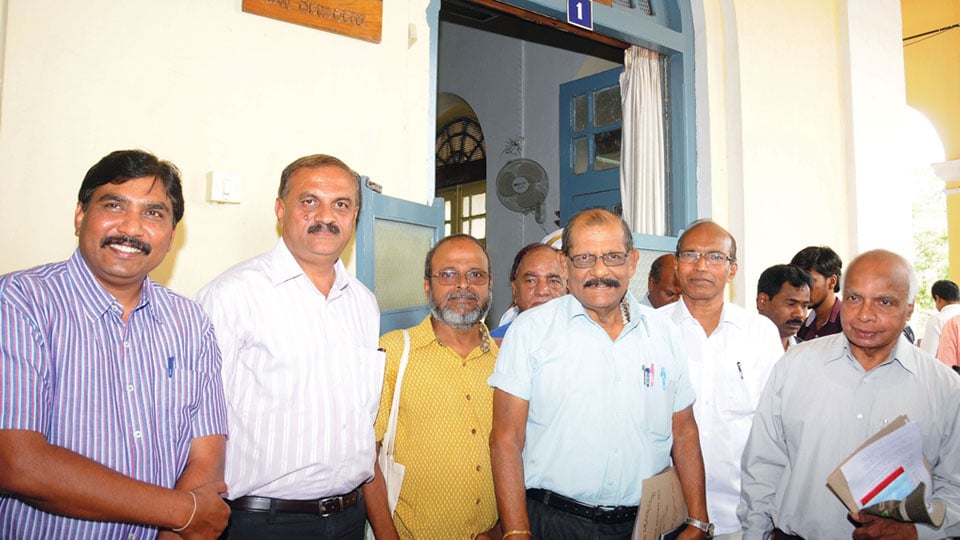 To inspect Lake this evening

A two-member expert committee formed by the Karnataka Lake Development Authority to study development activities and its environmental impact on the iconic Kukkarahalli Lake began its preliminary activities in city this morning. They first attended a meeting with Deputy Commissioner D. Randeep at his office and later headed towards Jaladarshini Guest House for a closed-door meeting with stakeholders. The team will visit the Kukkarahalli Lake later in the evening.

Following agitation by environmentalists and other organisations over the development of Kukkarahalli Lake by University of Mysore, a two-member expert panel was formed to assess the situation and submit the report. The committee comprises retired Professor Ramprasad from the Indian Institute of Science, Bengaluru and retired Chief Engineer C.N. Babu of Mysuru.

It may be recalled here that the University of Mysore and the District Administration had jointly planned to implement a Rs. 3 crore project for desilting, constructing toilets, boating jetty, entry arches and shelters on the tank bund. Environmentalists had opposed the project saying that desilting during summer will deplete the water level and will kill the bird species. They had even staged a silent protest at the DC’s office and had launched a series of signature campaigns. 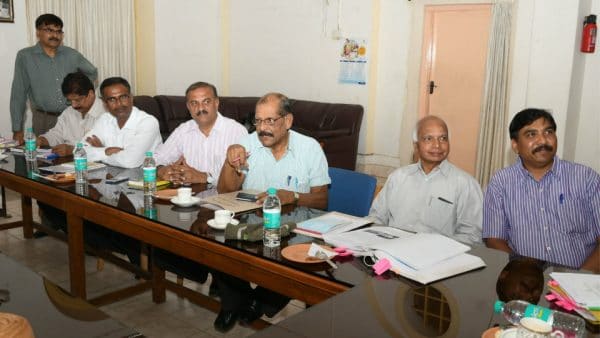 Addressing the Committee members, DC Randeep said that they had a mandate of presenting facts and figures after a detailed area examination and after seeking views. They have to examine the pros and cons of desilting, its effects on the environment, animals, fish, reptiles and birds in and around the lake. The experts have been tasked with finding the water source of the lake, entry of backwash water from Vani Vilas Water Works, sewage entry, water blockage points, possibilities of sewage diversion, the DC said.

“We want to ensure that the lake is preserved with water along with all the living creatures and birds. Collect opinions from those who support the development works and those who oppose them. Seek views from other public, morning walkers, media and botanists,” the DC told them. The DC asked the experts to prepare a comprehensive report on preservation, conservation and rejuvenation.

Speaking to reporters, Prof. Ramprasad said that they will collect preliminary inputs and then visit the lake. “We have been given the responsibility of restoring the lake to its original glory. We will meet all the stakeholders in a couple of sittings and we will examine the lake in detail. We will test the water quality, check on encroachments, entry of sewage and the possibility of infusing fresh water into the lake,” he said.