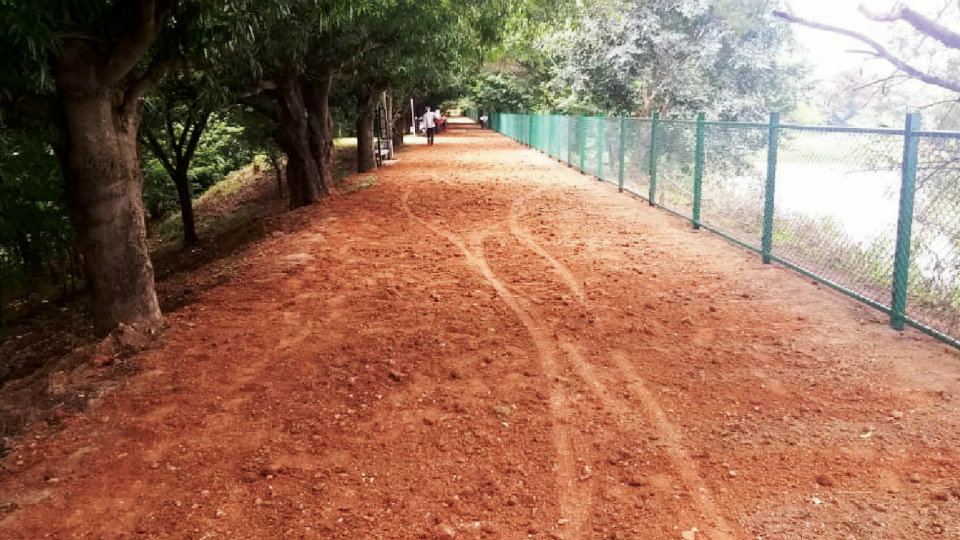 Mysuru:  Following a report published in Star of Mysore on Sept.12 that Kukkarahalli Lake walking path had become slushy due to water stagnation and dumping of red mud all along the walkway, making it slippery and unsafe, authorities of University of Mysore, the custodian of the lake, have now repaired the walkway and restored it to its earlier state.

Several walkers had complained to SOM that truck loads of mud were dumped on the walking path thus severely obstructing their walk. They also said that stagnated water at several points on the walkway had only compounded the problem with the walkway becoming slippery and unsafe.

The University authorities, over the past couple of days, took up necessary works to prevent water logging and also cleared the dumped mud, following which the lake walkway has been now turned into a perfect walking path.

Morning walkers and fitness enthusiasts who visit the lake for their daily workout, have expressed happiness about the University’s quick redressal of the problem, by restoring the pathway to its earlier state, free of any dumping and slush-pools.