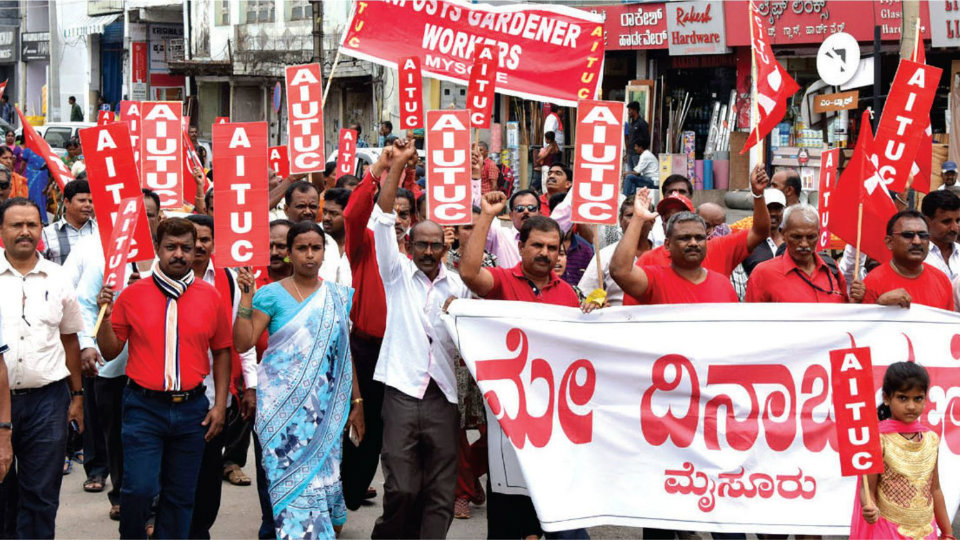 Mysuru:  International Labour Day was celebrated by various organisations in different parts of the city yesterday by holding events and taking out rallies.

Labour Day, also known as International Workers’ Day and May Day, is celebrated on May 1 in India to pay tributes and respect to workers.

In a few places, workers and their families participated in sports and other activities, while a few took out rallies. Karnataka State Government Daily Labour and Honorarium Workers Mahamandal and a few other organisations had organised a convention of organised and un-organised workers at Veene Sheshanna Bhavan.

Rallies: The Joint Committee of Trade Unions (JCTU)  had jointly organised a rally.

The rally which began in front of the Town Hall, passed through Gandhi Square, K.T. Street, Irwin Road, Ashoka Road and culminated at the Town Hall.