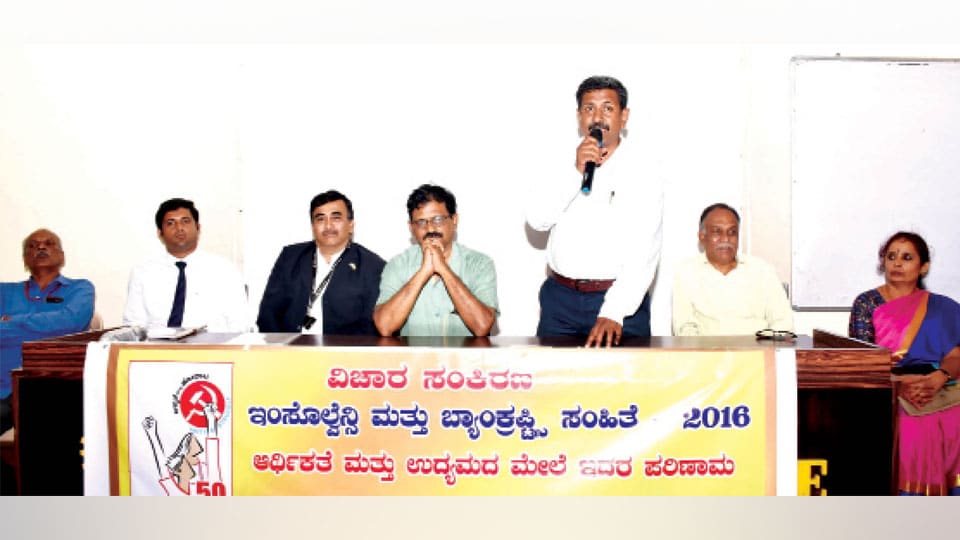 He was speaking on ‘IBC-2016: Effect on industry and economy’ at a programme organised by CITU at Rotary Hall on JLB Road here yesterday.

Peshwa contended that as per the amended IBC-2016 Act, a company owner who has taken too much of loans can apply to National Company Law Tribunal (NCLT) claiming to have gone bankrupt and added that a bank or an individual which / who has advanced loan to the company after ascertaining that the loan cannot be recovered can indirectly take control of administering the company. He regretted that ultimately the employees would suffer.

All the latest industrial policies implemented by the Union Government are anti-labour and Falcon Tyres remaining closed for the last five years is a classic example, he said.

Even the industries are suffering owing to new policies, lamented Peshwa and urged  the Central and State Governments to frame laws in the interest of employees.