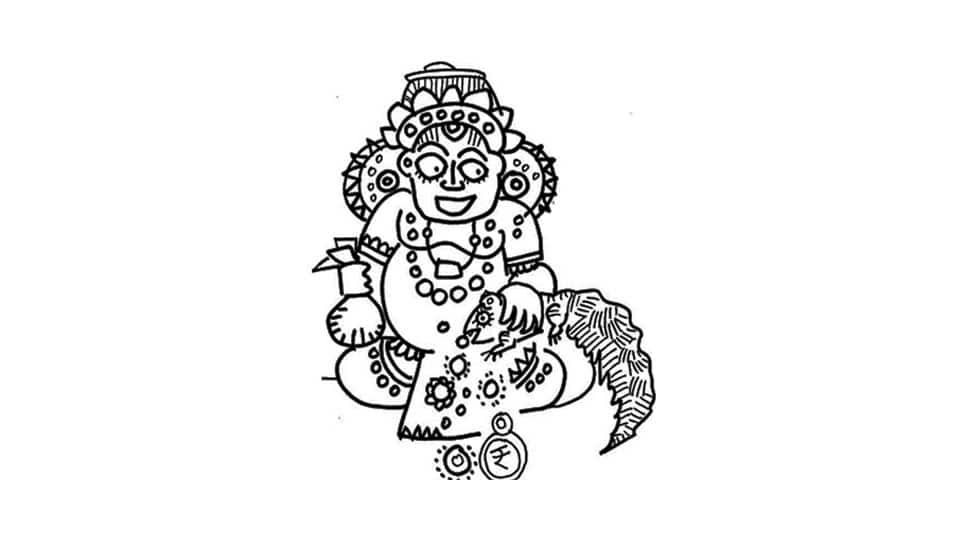 Lakshmi helps us define who’s God and who’s not

Everyone needs, and wants Lakshmi in Hindu mythology: Devas, Asuras, Rakshasas, Yakshas. But each one’s relationship with wealth is different.

Ram, for no fault of his, loses his royal fortune and is forced to live in poverty in the forest. Pandavas, on the other hand, bring misfortune upon themselves when they gamble away their earnings and have to live in the forest in poverty for thirteen years. Ram is at peace in the forest; the Pandavas fret and fume. Ravana, enemy of Ram, and Duryodhana, enemy of Pandavas, are rich till the moment they die. Why? These are the mysteries of the whimsical Lakshmi.

Krishna is born into a rich, royal family; but he is taken away and raised in a cowherd’s house. Thus, he ends up in a family that is neither rich nor royal. Karna is also born in a royal family, but raised in a poor family of charioteers who serve the royals. The difference between Krishna and Karna is stark though. While Krishna is very happy with his cowherd life, Karna is unhappy with his charioteer’s life. Krishna is content with his life, he is happy being a cowherd but is forced to leave. Karna wants to be an archer, he desires to be a prince, he is filled with ambition; he hates the charioteer’s life which he sees as beneath him owing to his talent.

This means that we can be surrounded by wealth, have a lot of it, or we can have little or none of it, and happiness and sorrow come to have no correlation with either state of being. The fact remains that when Lakshmi walks in our direction we feel happy.

When humans run after Lakshmi and try to grab at her, it is not considered good or wise. It is considered ‘adharma’ in Hinduism, for we are behaving like animals, not humans. Such humans are the rakshasas of our scriptures. A rakshasa is not a race of beings, it refers to those who seize things from nature, and acquire them by force.

Ravana is considered a great scholar of Vedas; but still he is a rakshasa, because he appropriated Lakshmi, instead of generating her.

Yakshas, like Rakshasas, grab wealth from Nagas. The mongoose claims the jewel on the hood of nagas and spits them out in front of Kubera, king of Yakshas. Yakshas hoard this wealth.

Asuras are slightly different from rakshasas, in terms of the relationship to wealth. Asuras live in Patal, below the earth, which is a source of all wealth but all the wealth is enjoyed by Devas who live in paradise, above the sky. The Asuras feel that the Devas have what ‘belongs’ to them — so they want to reclaim what is theirs. Rakshasas are simply jealous of Yaksha wealth — so they want to grab what others have and they want. They steal. Asura action is motivated by a sense of justice. Rakshasa action is based on greed and lust.

By contrast, Ravana grabs Lakshmi like a rakshasa, and Duryodhana clings to Lakshmi like a yaksha, and Karna fights like an asura who feels tricked of what is rightfully his. Pandavas like Devas feel entitled. Only Ram and Krishna do not take Lakshmi for granted and work on dharma to make Lakshmi walk their way. That is why they are worshipped.

Thus different relationships with Lakshmi in the scriptures helps us define who is God and who is not.