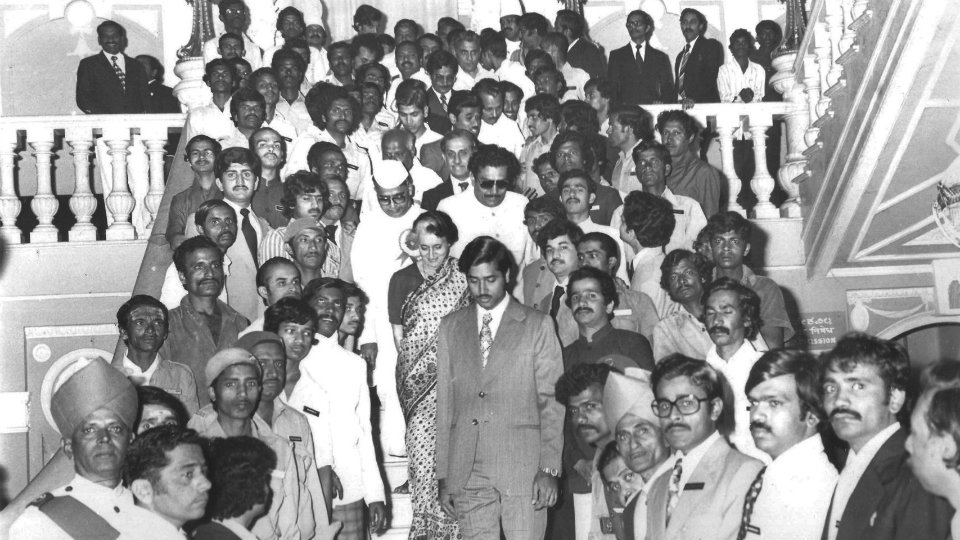 The impact and purpose of a poem or a writing on a subject like obituary or the closure of an institution that has served the people for many years, leaving a legacy of its own, can never be underestimated. Writing on such subjects is not easy and only a versatile writer can bring out the spirit of the event, the emotions and the glory or otherwise of the subject. Such a writing was the article written by N.K.A. Ballal, retired Senior Vice-President of ITDC, titled “Au revoir, time to say goodbye to an era” that appeared in two parts on Apr. 5 and Apr. 6, 2018 in Star of Mysore. I was saddened to read about the hotel that was the pride of Mysuru among the Palaces, may be after the Amba Vilas Palace. Kudos to Ballal for bringing out the essence of the subject in all its dimensions and flavours.

When I called him to congratulate for his most readable and wonderful write-up, he mentioned of the old photographs and sent across some black and white photographs of Mrs. Indira Gandhi at the hotel and at dinner or lunch, we do not know. I have produced those pictures above with the caption. – KBG 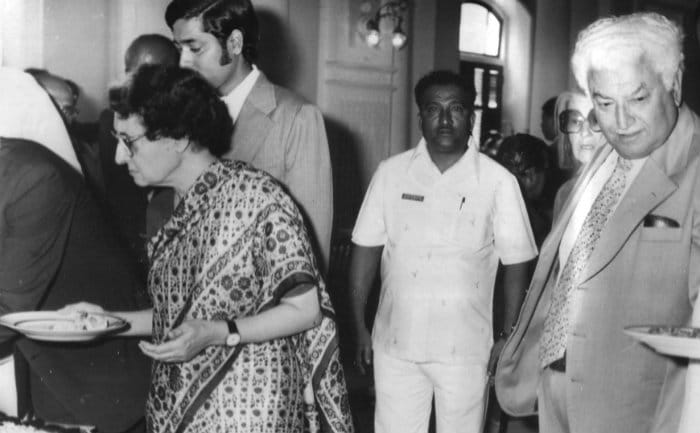 PRIME MINISTER AT LUNCH: Mrs. Indira Gandhi is seen looking for her favourite dish at the lunch on party given in her honour at the Lalitha Mahal Palace Hotel on her visit to Mysuru. The General Manager of the Hotel V.M. Rao is seen by her side and also seen is Farooq K. Irani, the Founder of Ideal Jawa Factory (in suit).