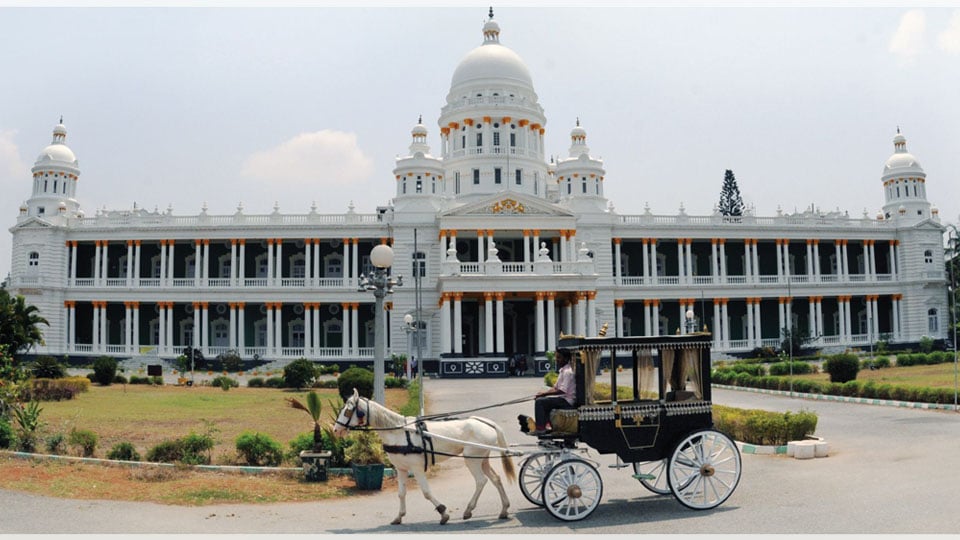 Au revoir, time to say goodbye to an era -1

Forty-five-long years. After four-and-a-half decades of service, ITDC would be finally saying goodbye to this great heritage city of Mysuru. As I sat down in the restaurant, savouring my last meal in this great heritage hotel, old memories started passing around — some good, some bad.  I thought I should share some of them with SOM readers.

This imposing building, modelled after the St. Paul’s Cathedral, London, took about five years to build. A British architect E.W. Fritchley was hired by Krishna Raja Wadiyar, the then king of Mysuru, for the construction of this magnificent structure. This building was built in anticipation of the visit of the Viceroy of India to Mysuru. Later on this became the Guest House of the Maharaja to house his European guests. Except the rose wood, all other building materials were imported — Italian marbles, Belgium glasses, bathtubs, chandeliers, Persian carpets, tiles, the list is endless. The construction was done by one Munivenkatappa.

How did this State Guest House become a part of the mighty ITDC in the 70s. Simple: it was the vision of a great Mysurean  M.S. Sundara, a Hardwicke School alumni, the then Chairman of ITDC. In the 70s, the tourism industry was at a nascent stage and the government in its wisdom to promote tourism formed the ITDC by amalgamating the Janpath Group of Hotels and The Ashok Group of Hotels. The government mandate was very clear — open up standard hotels in potential tourism cities all over the country.

The Southern foray of ITDC was at Bengaluru, Mahabalipuram, Pondicherry, Kovalam, Hassan and lastly Mysuru.  Heritage hotel concept itself was an unknown entity. In 1974, Lalitha Mahal Palace, a poorly maintained State Guest House,  was handed over to the ITDC for a 49-year lease by the State government. Itdc had a brilliant Project Manager called H.N. Murthy and he was given the responsibility of converting the Guest House into a heritage hotel. He had absolute powers and authority. Itdc also appointed an architect, Rajinder Kumar and Sons, considered a top-notch hotel architect those days. Since there was no drawings of the old building, he also gave up and concentrated only on interiors and colour schemes etc., leaving the rest to the site engineer Murthy. The only way to move forward was by “trial and error” method. 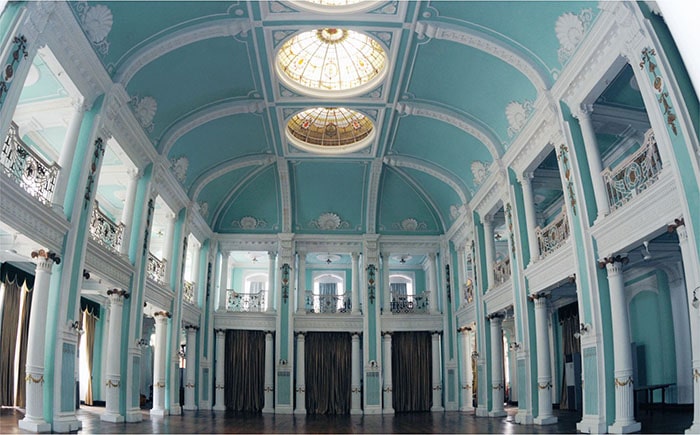 It looks easy, is it not? But imagine refurbishing a hotel with no drawings of pipelines. Forty-five years back, there were hardly any other heritage hotels in India, who could share their experience. No google mata or mobile phones. Another prime problem was the lease condition. The original character of the hotel like tiles, Belgium cut glasses, fittings, bathtubs etc., had to be maintained and made workable. That is the reason this building with just 18 rooms took more than a year-and-a-half to complete.

When the boiler was put on,  there were several leaks all over the old building which had to be fixed. They had to break several tiles to fix the leakages. The building had several unimportant rooms in the back which had similar tiles. So these tiles were carefully removed and fixed in the guest rooms with utmost care.  Those days split a/c system was not available, hence window a/cs were provided.

Now you want a particular colour, you just have to go to any dealer, they mix the colours and give you the exact shade but this building had a peculiar “olive green” shade and the engineers had a tough time getting the exact shade every time the painters had to manually mix colours.  Cleaning of the marble, glass dome and the spring floor had to be done with extreme care since if broken it was not possible to get a replacement.

Another major problem was the water supply. Itdc was asked to lay a water line from Race Course to the present water tank near the Lalitha Mahal Gate at a cost of Rs. 3 lakh to Rs. 5 lakh [Big money 45 years back. A site at Siddarthanagar was available for Rs. 5,000 only]. After several years, the government conveniently used this pipeline to supply water to all the Layouts nearby citing social responsibility.

Security was yet another major headache. The hotel was full of antiques, carpets, lithographs,  furniture and paintings guarded by ignorant security guards who did not even know the intrinsic value of these antiques!

Ram Singh was the first General Manager of this heritage property. I also entered the portal of this hotel in 1975 as an Assistant Manager with my newly-wedded wife with hardly any guests. It was scary to walk around in the night!  Officially, this hotel opened the doors for business in the year 1975 with 18 rooms and was a white elephant with net losses for several years till ITDC decided to build an annex of 32 rooms with a pool. Once the hotel had an inventory of 54 rooms, group movement started to flow in and the hotel started to make profits.