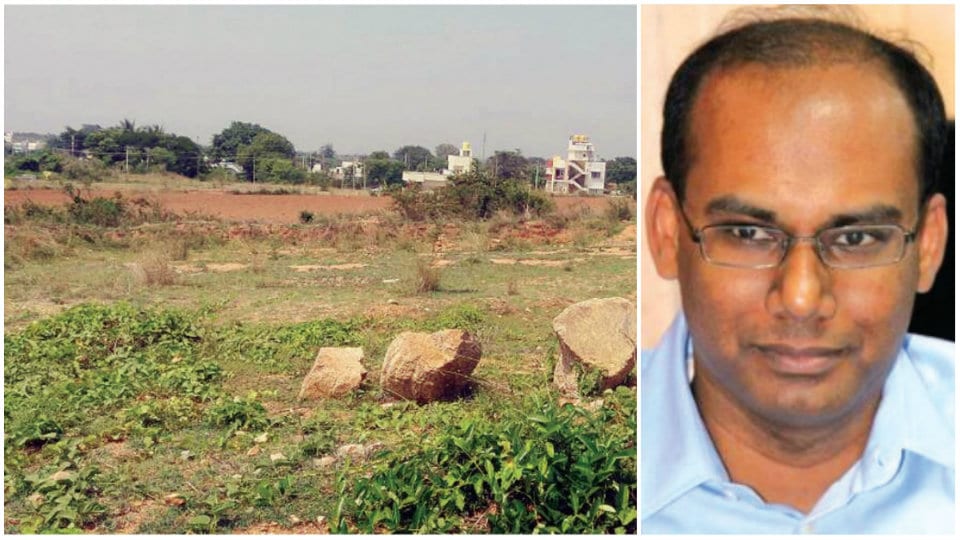 Mysuru: Mysuru Deputy Commissioner D. Randeep has taken back (granted back to the government) the two-acre land that was earlier purchased by retired Police officer Nanjundegowda and R. Sridhar in Lalithadripura village of Varuna Hobli under Survey Number 28/39.

The DC’s move comes after it was found that the land purchase violated the provisions of PTCL Act (Karnataka Scheduled Castes and Scheduled Tribes Prohibition of Transfer Certain Lands Act, 1978).

In his order, the Assistant Commissioner had stated that the two-acre land under Survey Number 28/39 at Lalithadripura village was mentioned by Tahsildar as government land in the RTC. The land was originally a “Gomala” that was granted in 1959 to one Kalinga with permanent tilling and cultivation rights. In 1973, Kalinga sold the land to one Javanaiah. Later, the land was purchased by Nanjundegowda of Police Housing Cooperative Society and contractor R. Sridhar. They purchased one acre each.

As per the conditions laid when the land was granted to Kalinga in 1959 along with permanent tilling and cultivation rights, the land cannot be sold until 15 years. But in this case, the land was sold after 14 years (in 1973) in violation of conditions and hence violated the PTCL Act.