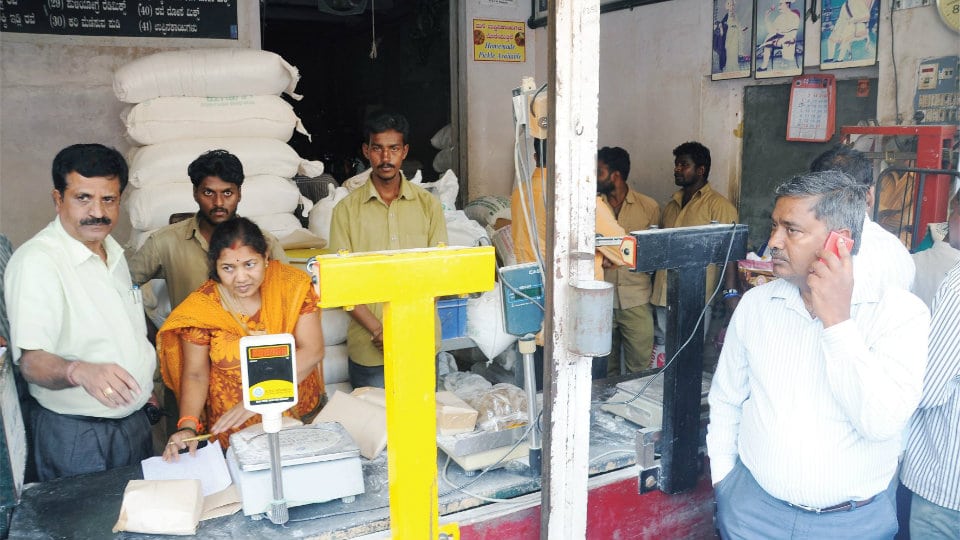 Mysuru:  The MCC Health Standing Committee, which raided Sadananda Flour Mill and shop in Shivarampet here yesterday, have seized the mill and the shop for not maintaining cleanliness, running the mill and shop without valid permits, including Trade and Food licences.

The Health Standing Committee Members Prashanth Gowda, Ramu, Kamala and Committee Chairman Mahadevappa, MCC Health Officers and Environment Officers, who raided the mill and the shop yesterday morning, found many irregularities and when the team tried to enter the mill, the owner of the mill and the shop did not allow them inside, forcing the team to sit in a dharna in front of the shop.

Committee Chairman Mahadevappa, speaking to media, said that they had received a lot of complaints from the public and when they came to inspect the mill and the shop, they denied them entry into the mill and shop and added that the owner did not produce any documents when asked for but showed disrespect to them in public. 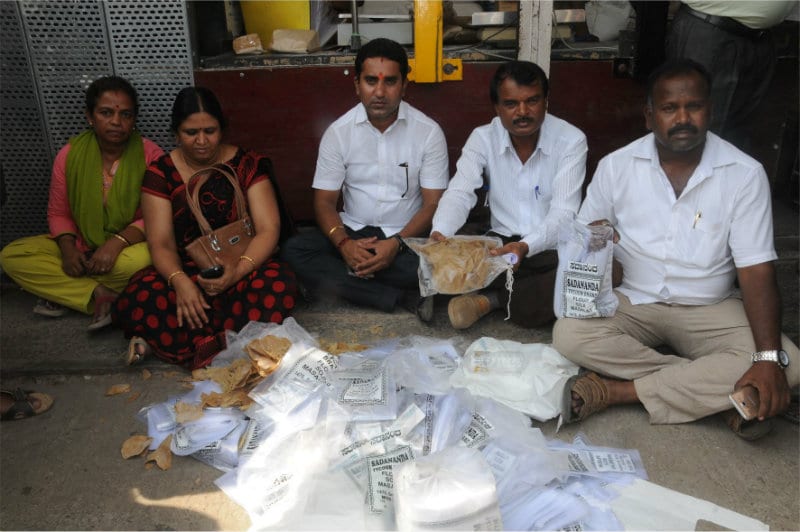 The Committee Members, who staged a dharna in front of the shop, attracted the public resulting in disruption of traffic for sometime on the busy road.

Later, the Standing Committee Members and the team from MCC, with the help of Police, locked the mill and the shop.

There is a lot of irregularities in the shop and mill. There is no cleanliness, The toilets are stinking. There are no safety measures taken in the mill. Most of the electrical items are not working. The Trade Licence is not renewed. There is no permission obtained from the Pollution Control Board to run the mill. In total, the mill and the shop has been functioning in violation of many rules.