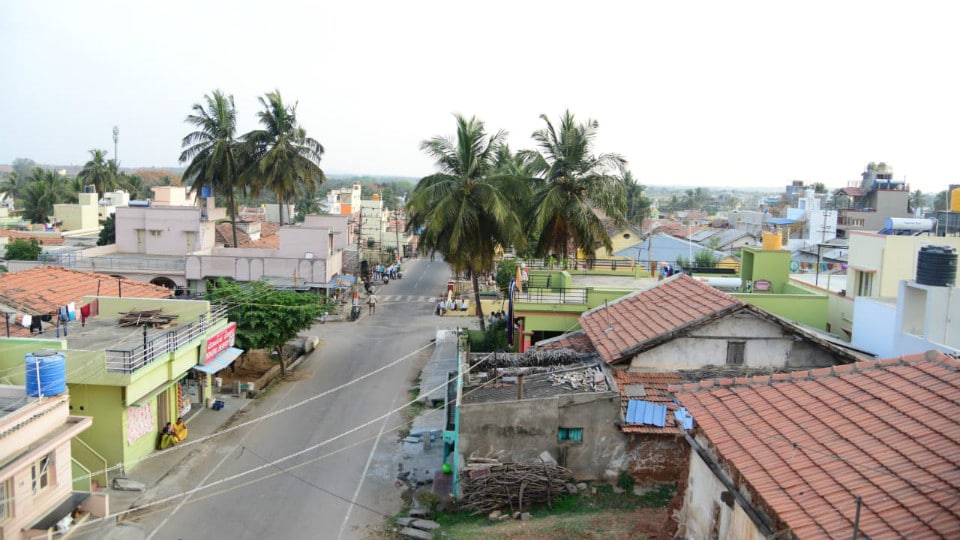 Nestled below the iconic Chamundi Hill is Lalithadripura village that was formed by Raja Rishi Nalwadi Krishnaraja Wadiyar. The village celebrated centenary yesterday amidst much fanfare.

The village is on the eastern side of the city and though there are many villages surrounding the heart of Mysuru that have completed a century, Lalithadripura is special as it was established by the Maharaja himself.

Even this village that has over 50 streets — small and big — has been built in a well-planned manner with Temples on the boundaries that protect the village, primary school, four to five lakes and ponds around the village, a trading society, ‘Panchayat Katte’ for village elders to settle disputes, a storage space for grains (Agevu) and main roads that lead to other localities. All these century-old landmarks can still be seen here at Lalithadripura and the villagers have played an important role in conserving the set up despite rapid urbanisation.

The village is around eight kilometres from Mysuru and it has an area of over 3 kilometres. There are over 6,000 people living in this hinterland and the dominant communities are Veerashaivas, Vokkaligas, Vishwakarmas and Dalits.

As part of the centenary celebrations, a Samudaya Bhavan and a bus shelter was inaugurated last evening.

The village has 12 Gram Panchayat members and comes under Alanahalli Panchayat. It is governed by Srirampura Zilla Panchayat and belongs to Varuna Assembly seat. Lalithadripura comes under Chamarajanagar Parliamentary Constituency. There is a regular bus service (Bus Number 202) from the Mysuru City Bus Stand every one hour and there is a Primary Health Centre, Milk Dairy, State Bank branch, and a Primary School established by Nalwadi where over 400 children study till 9th Standard.

Villagers say that Veerashaivas had a close association with the erstwhile royal family. Village elders say that from centuries, the village Veerashaivas played an important role in assembling the silver chariot on which the Maharaja used to go on Vijaya Yatre on Vijayadashami day.

Javanegowda, a village elder, describes the origin of the village thus: “My parents hailed from Sakkahalli that is a low-lying area and it was very difficult to move around when it rained due to water-logging.

Even water used to enter houses. Once Nalwadi Krishnaraja Wadiyar slipped and fell in slush on his way to Uthanahalli Maramma Temple. He then realised the plight of the villagers and allotted 36-acre land for Sakkahalli villagers and called it Lalithadripura.”

The Maharaja had given land on lease to many communities for them to cultivate crops and had constructed 12 wide ‘Thotti Mane’ that had 12 pillars. These tiled houses can be seen even today, said Gopalaiah, another village elder. He says that the teak wood for the houses were specially brought from Kakanakote Forest (present Nagarahole Tiger Reserve).

The ‘Panchayat Katte’ built by the Maharaja functions even now and earlier, the Panchayat (five village elders) used to meet every month and sometimes, the Maharaja would come all the way from Mysore Palace to chair Panchayat meetings, the elders say, illustrating how close was Lalithadripura to Maharaja’s heart.

With an illustrious past, Lalithadripura is now surrounded by Lalithadrinagar, Srinivas IPS Layout. The villagers are now demanding a separate Gram Panchayat combining all the old and new layouts in the surroundings. They say, together, they will be a population of 10,000 and the area also needs a full-fledged High School and a PU College.