Down the Memory Lane

The very first day of this new year 2017, Mysuru lost a distinguished personality Siddharthacharry (98). The city has become poorer in the death of this eminent scholar, educationist, an able diplomat of Nehru Era and a humanist.

Besides himself being a successful Ambassador serving the Nation abroad, his father-in-law B.T. Keshava Iyengar (who passed away in 1980 at the age of 92) was the Chief Secretary of Mysore State in late thirties, and his son S.M. Acharya served Karnataka as a sincere IAS Officer and retired. I knew him when he was the Director of Public Instruction and was impressed with his simplicity and practical approach to his work.

When I called on Andal S. Charry, wife of late V. Siddharthacharry, she along with her sister Garuda Iyengar recalled first about their father Keshava Iyengar and his distinguished career. Passing Mysore Civil Service Exam in 1910, he served the State in various capacities. The sad part of his early personal life was to lose both his wife and son on the same day when Plague broke out while he was serving in Shimoga as Assistant Commissioner. He was also Mysore DC in 1929 and was later sent to London by Maharaja as Trade Commissioner of Mysore. He had close contacts with Dewan Mirza and Maharaja Krishnaraja Wadiyar. After retirement, he served as Director of Sarabhai Chemicals and later went to Rewa State, Central Province (MP), served as a Minister and finally settled down in Mysore. 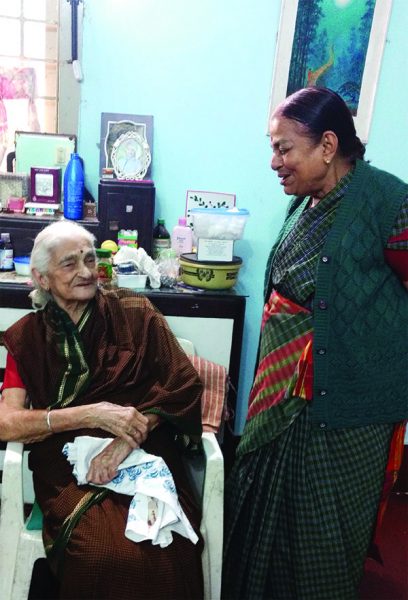 The interesting part about Andal’s marriage (when she was just 14) as narrated by her: V. Siddharthacharry’s (VS) father Venkatacharry was serving as a Barrister in Malaysia. VS had joined Doon School in Dehradun as an English teacher. Andal’s father’s friend one Hariharan, who was the Conservator of Forests there, had seen VS, who was so religious and used to go to nearby Haridwar every week to bathe in River Ganga and worship. It was he who was instrumental for our marriage, recalls Andal.

Anecdotes of a diplomat’s wife

Andal shared a few interesting anecdotes from her memory. The first posting of VS was to China. When PM Nehru visited, he hosted a Dinner to Chinese PM Chou En Lai at the Indian Embassy. Chinese Officials were very fussy and suspicious (afraid of food poison) about the food being served to their PM. However, Chou En Lai enjoyed the tasty Indian food that was personally prepared by all the wives of Embassy staff.

Later, on another occasion, the Chinese PM was invited for a cocktail party at the residence of Indian Counsel in Shanghai. The PM, enjoying the beautiful view of the city from that lovely duplex house balcony, expressed a desire to have that house and allotted another residence to the Counsel General. 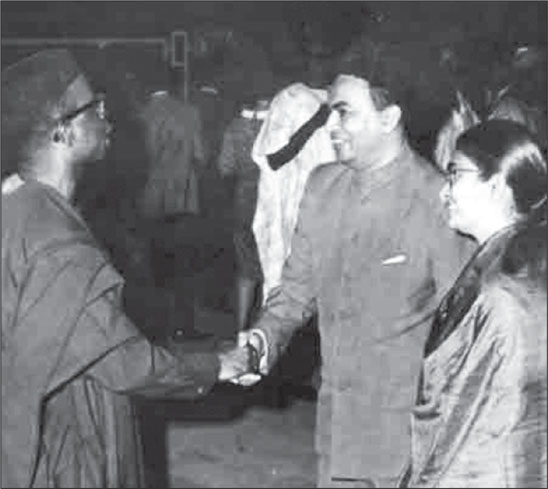 Image Caption: From the Album: V. Siddharthacharry and his wife Andal being greeted during his posting at Nigeria.

When VS was posted in London, Queen Elizabeth had invited Indian High Commissioner and families for a function at her Palace. VS had told his people accompanying him to greet the Queen with Namaste and not to shake hand. Andal recalls, the Queen reciprocated with Namaste to all of them.

My contacts with VS

I had the privilege of knowing VS from the time of his starting a Book Club at his residence Acharyashrama during 1979-80. He surprised me by visiting Vartha Bhavan and asking me to attend the Club meeting on every second Saturday evenings. Some enlightened persons used to assemble at the Club to discuss a book that they had read. I remember K.B. Ganapathy of SOM and a couple of former VCs of University of Mysore in the group. Current affairs were also discussed.

Siddharthacharry’s love for dogs was something worth mentioning. Once while playing with his pet dogs, he began to explain to me how Karma theory applies to his dogs and the ones on the street. It is their (stray dogs) Karma of the past he told me. He was a Bridge player and played it till his last days with his group. 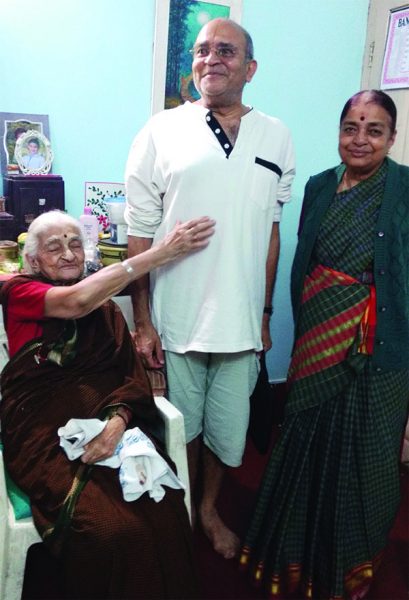 Full blessings only after hearty meal !

VS and his wife made it convenient to attend my son’s marriage with a Canadian bride at Dharmasthala choultry in Jayalakshmipuram in 1996. It was a Godhooli Lagna in the evening and we had arranged translation of marriage vows and verses from Sanskrit to English which was greatly appreciated by VS. While greeting the newly-wed couple, he even told the Canadian bride to remember the everlasting bondage in the Hindu marriage highlighted through the rituals held. When I requested him to have Dinner and then leave, he very humorously remarked —  ‘The couple will receive our full blessings only after a hearty meal by us!’ And went for dinner.

Mysuru misses VS for long. RIP.

Down The Memory Lane Mysuru
Is there honesty in journalism?
Murder accused Govt. Officer on the run since 14 years…