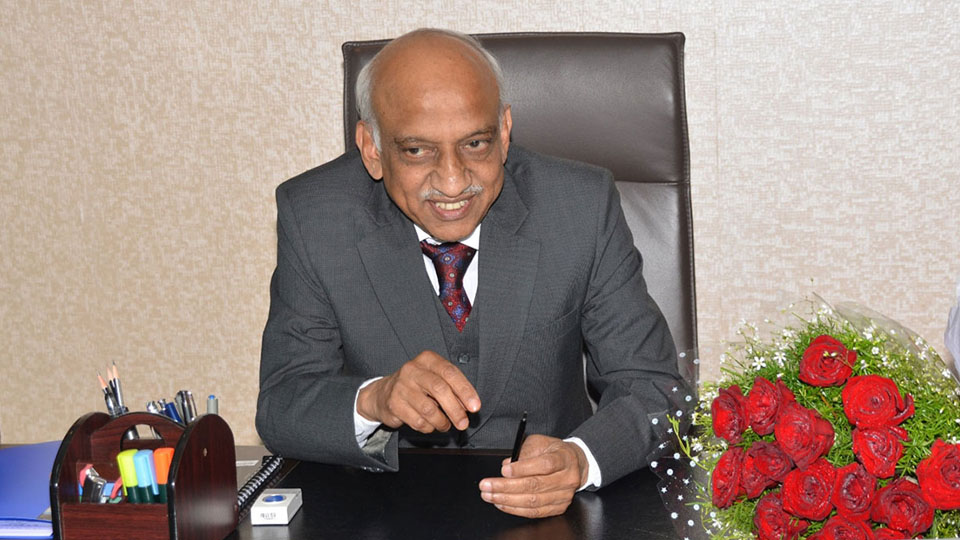 One of the greatest benefits that I have received from founding and being in SVYM is the opportunity to meet some extraordinary people. People who have been doing so much for the society, but go on to live their lives quietly and without any fuss.

While there are several people who clamour to be in the limelight and keep talking about the little that they may have done, there are also several others who prefer to be in the background and allow their work to speak for itself. One such person that I had the opportunity of meeting and interacting with recently was Dr. A.S. Kiran Kumar, who till recently was the head of India’s space research agency ISRO. He had come to attend an annual science event that SVYM runs each year in an attempt to identify young scientists from across the State of Karnataka. Around 200 school children come and spend 2-3 days with us at VLEAD, Mysuru and are tested for the understanding and application of scientific concepts. Dr. Kiran Kumar had come to interact and motivate these children to take to scientific careers.

For a man so accomplished, Dr. Kiran Kumar was the epitome of simplicity itself. His childlike curiosity to learn and understand more about SVYM’s work, his genuine interest in the different experiments that children were engaged in, his matter of factly acceptance of things that he didn’t know about and his ability to communicate complex issues in such simple ways — all left us astounded and impressed. He won the hearts of not only the children present but of their parents and all of us on that day. People like Dr. Kiran Kumar are a rarity today in a world that is dominated by ‘show’ business and artificiality.

Leadership is generally perceived to be a mandatory accompaniment of achievers. Little do we realise that technical accomplishment need not always go with leadership excellence. One can be outstanding in one’s scientific contributions but could be a poor people’s person. India’s space programme has been blessed to have had leaders who were also extraordinary leaders of men. People who could inspire generations of young men and women to give up all the demands of glitzy life and stay focused on building India’s space programme — leaders like Satish Dhawan, Abdul Kalam, Homi Bhabha, Dr. Kasturirangan and Dr. Kiran Kumar.

Exercising leadership by public servants is not merely the expression of power drawn from one’s position or title. It needs mastery in three major areas. One needs to be technically competent, administratively suave and conceptually clear.  It needs a person to have vision, have a passionate purpose to fulfil, and the desire to put public needs higher than one’s own private gains.  Humility and simplicity cannot be an act that one puts on. It needs to be part of the DNA of one’s personality and Dr. Kiran Kumar was all this and more. His openness and level of internal comfort at his own vulnerability gave us an window into his inner spiritual strength. In his own way, Dr. Kiran Kumar not just inspired children of the need to be good scientists, he was a living example of how one needed to live one’s life in the pursuit of science, society and spiritually, which not just converge but are in reality inseparable.