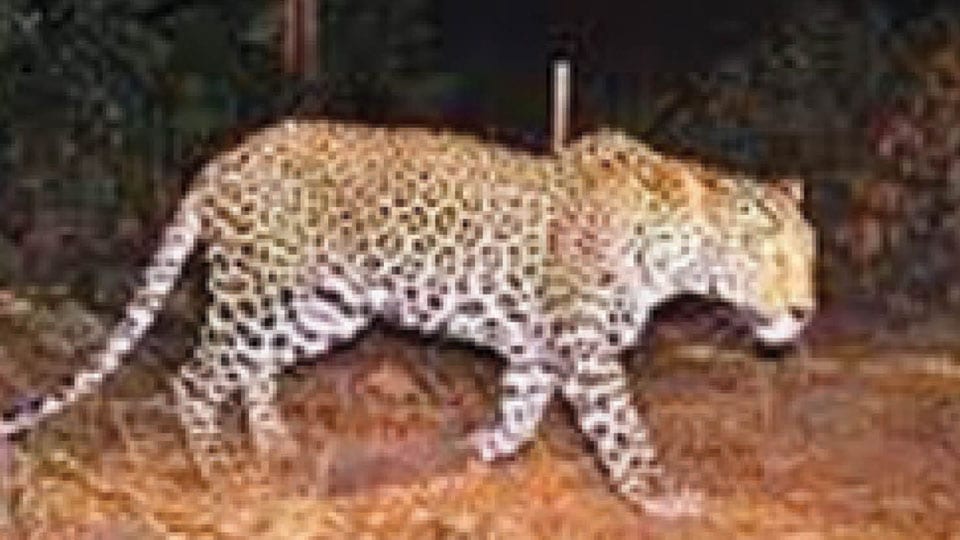 Mysore/Mysuru: A photo of a leopard, said to have been spotted in Lalithadripura at the foot of Chamundi Hill, is doing rounds on social media and the Forest Department officials have said that they do not have any information about it.

The photo of the leopard on social media with a message stating that three leopards were spotted at Lalithadripura has created a sense of fear among the residents of Lalithadripura and surrounding places.

Meanwhile, DCF (Wildlife) Dr. K.C. Prashanth Kumar told SOM that they had not received any complaints regarding spotting of leopards at Lalithadripura and Forest staff have inspected the said spot and surrounding areas.

During the census undertaken at Chamundi Hill in 2019 through camera traps, only four leopards were spotted and there is no information about the increase in their population, Dr. Prashanth said and added that as Chamundi Hill is a Reserve Forest, leopards have made it as their habitat.