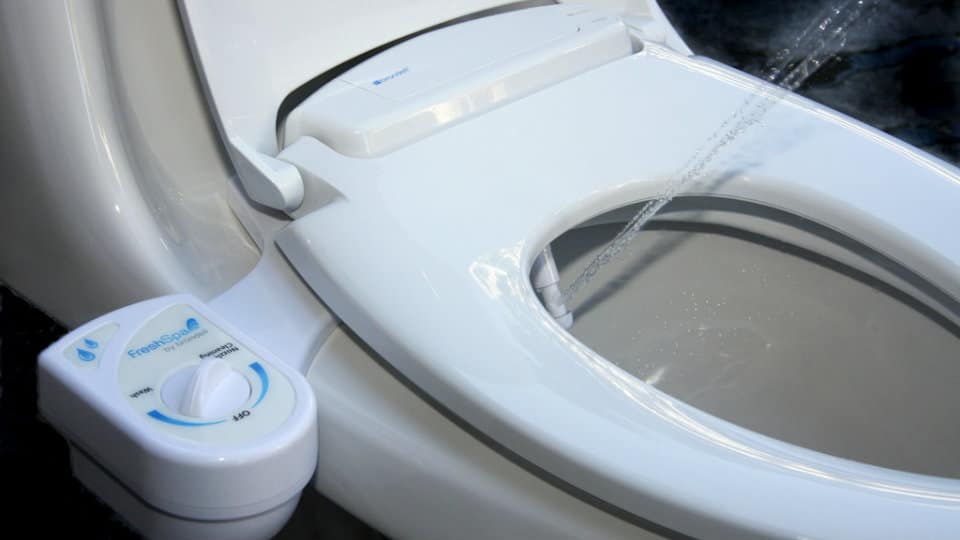 Just three days ago I saw an ad in my newspaper for a hands-free bottom washing device that can be fitted to our Western-style toilet bowls which are now clearly overtaking the humble squat down Indian toilets even in middle-class homes across the length and breadth of our country. It is a hands-free device that promises to wash your bottom squeaking clean automatically at the press of a button, after you are done. But God forbid, if it begins to malfunction and in a burst of over-enthusiasm, decides to start doing its job while you have still a long way to go! It is also a different matter that although the squatting down method has been acknowledged even by Western scientists as the best way of efficiently evacuating the bowels for a biped like man, the West has always preferred to do this daily inescapable job only in the rather inefficient second best way!

The ad for this new gizmo triggered some thoughts in my mind which I would like to share with my readers. We all know that cleansing ourselves with water after using the toilet is a very clean, healthy and certainly very commendable habit about which we Indians can all feel justifiably proud. Thanks to this very simple tradition, while the West can brag about its achievements in the many domains where it does excel, we Indians can proclaim with pride that when it comes to something as close as personal cleanliness, we are miles ahead. Every Indian, young or old, rich or poor, educated or illiterate, urban or rural, prefers to wash up with water after easing oneself. This preference is the same in every nook and corner of our country. That is why we see our rural folk who have never seen the insides of a toilet heading to the open fields first thing in the morning with the ubiquitous pail of water.

While I was attached to a rural mission hospital I used to see from my quarters all my admitted patients doing this every morning in the open countryside around the hospital. On reprimanding them during my rounds for doing this despite the hospital wards having clean toilets they used to sheepishly tell me that going to the toilet in a closed room was simply unthinkable! Thanks to water, the best God-given cleansing agent, we lead our daily lives without the need to take the help of sweetly perfumed toilet tissues and personal deodorant sprays which can at best only mask the sad state of affairs down below without doing any real cleaning where it is needed most.

While most Indians who prefer the Western-style toilets in their homes, install washing bidets or at least faucets mounted on flexible hoses, it is sad that many high end hotels in our country do not provide such a basic facility. No, this is not a cost cutting measure. If you are inclined to believe so just look at the other needless expensive fittings and furnishings they squander their money on without as much as a second thought. It is purely an egoistic fashion statement that proclaims that they are on par with the best Western standards in every way. What a pity it is that the promoters of these opulent establishments feel that we have to ape the West even by doing something wrong! They perhaps feel that their foreign guests will end up feeling that the hotel they have stepped into is only of an ‘Indian standard’ if they see a washing faucet hanging alongside their cherished roll of toilet paper!

Fastidious that I am with my preference for water after my toileting, at all such establishments that do not have this amenity I very often ring the bell desk and ask for a plastic mug much to the bewilderment of the person manning it. When I tell the visibly amazed room boys who bring it the reason why I need it, they immediately flash a broad grin and tell me that I’m doing the right thing as our Indian way of going to the loo is the world’s best! Many high-end hotels, perhaps accustomed to such frequent demeaning requests from their Indian guests and averse to lowering their standards by complying with them, straight away tell me that a thing as humble and as offensive as a plastic mug is not in their hallowed inventory. That is when I am forced to take recourse to the ubiquitous and omnipresent bottle of mineral water that is thankfully considered as conforming to the best Western standards by everyone without any dispute whatsoever!

This was my most recent though not the first experience last weekend when I was staying at the J.W. Marriott Hotel in Pune where I had gone to attend an international conference on Diabetes. The brochure of the hotel said that they had everything that a customer could possibly ask for and yet they could not provide me with the mug I wanted so dearly! And, their mineral water bottles were too small to come to my rescue and so I had to request my cab driver to take me to a mall nearby to enable me to buy a plastic mug. While returning to my room with my own dear mug the sobering thought flashed through my mind that the American conglomerate that owned the hotel had probably taken the help of the CIA to find out what their Indian guests were doing with their drinking water bottles and to preclude such insulting misuse had perhaps switched over to miniature ones!

Now, the thought that comes to my mind is when our Prime Minister who is a frequent traveller, unlike most of his predecessors, is taking great pains to introduce Indian culture to the West and has succeeded in popularising the art of Yoga overseas, why can he not also take the initiative of introducing the use of water for perfect personal hygiene at least on our own soil if not on theirs? He can perhaps make a beginning by including this under the Swacch Bharat Abhiyaan which is his pet project. He can show our Western guests the way to some real cleanliness and also do us all Indians a favour by making it mandatory for every toilet in the country irrespective of whether it is in a five star hotel, office complex, home or on the roadside to have a provision for washing up after using it. After all, sparkling clean bottoms too should be a part of clean living and clean living is what the Swacch Bharat Abhiyaan is all about!

3 COMMENTS ON THIS POST To “Let Clean Bottoms Come First!”