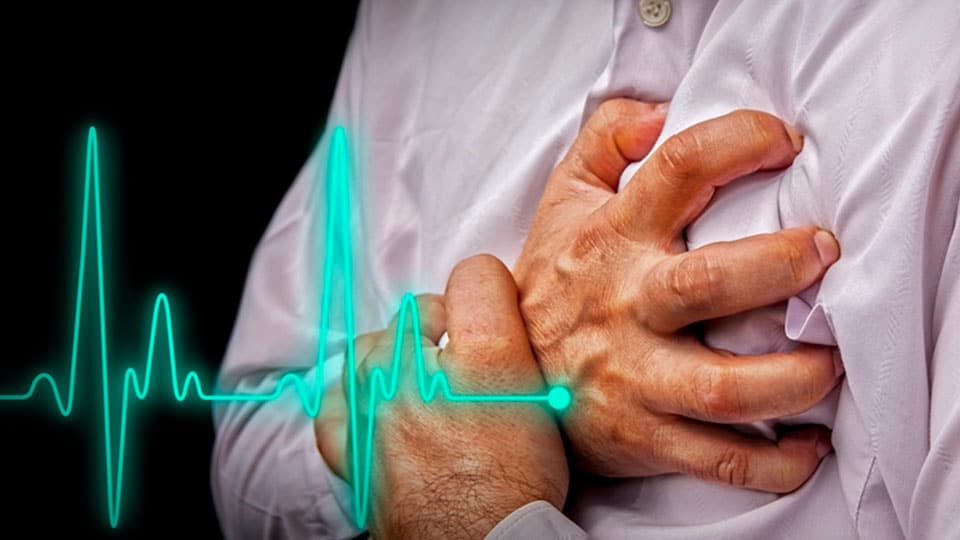 Sudden Cardiac Death: Why it happens?

In the first part of my article on this subject, I highlighted the differences between two types of Sudden Cardiac Death or SCD. To recapitulate what I had said, the first reason for the heart to stop beating is because of the blockage of one of the three tiny blood vessels called the coronary arteries, that supply blood to the heart muscle itself.

This may occur due to a very gradual and almost imperceptible narrowing of the arteries over many years which reaches a critical and dangerous stage, causing problems. This happens due to many reasons. The first one is good old heredity which is something we can do nothing about until we come to a stage of scientific development where we can choose our parents! But this is not likely to happen in the near future.

So, the next best thing that we can do here is to modify the element of hereditary risk by adopting a lifestyle that delays the progression of the arterial narrowing. How we can go about achieving this is something that I will be talking about a little later in this series. But what we should know at this stage is that while some of us are endowed with very good genes, a good many of us are gifted with awfully bad genes by our parents who by themselves have been completely helpless. That is why we see heart disease tending to run in families almost as a genetic disease.

Individual familial tendencies apart, it is interesting to note here that this genetic risk also depends on our race and ethnicity, the regions we live in and the dietary traditions we have been following over the centuries. That is why, among the people living America, the African Americans and Asians have a much higher incidence of heart disease as compared to native white Americans.

READ ALSO  A folly or a veiled Ransom Note?

Surprisingly, the Hispanics and Latinos despite having a higher incidence of obesity, diabetes and high blood pressure, show a significantly lesser incidence of heart disease which is referred to as the ‘Hispanic Paradox’ in medical parlance.

Similarly, the French, who consume a diet significantly rich in dairy products, red meat and animal fats have a much lower incidence of heart disease which is called the ‘French Paradox’. This is believed to be due to their significantly higher consumption of red wine which is rich in a compound called Resveratrol which is thought to be heart-protective.  Nearer home, the Tibetans who consume a similar fat and red meat rich diet show a very significantly low incidence of heart disease compared to Indians. Incidentally, because I happened to be a visiting Physician to one of the largest Tibetan Settlements in our country for many years, I undertook a study of about one thousand Tibetans and found this observation to                be very true.

The other significant factors very apparently responsible for a higher incidence of heart disease are smoking, stress, high blood pressure, diabetes, obesity, sedentary lifestyle, with smoking sitting on the top rung of the ladder. Cholesterol and its cousins, the other fats present in the blood, which were once considered to be the biggest culprits are now almost on the verge of getting a clean chit as a result of some new research findings.

While all these factors can lead to what is called Ischemic Heart Disease or IHD and cause heart attacks, it is very often the sudden blockage of the coronary arteries by a wandering blood clot or a fatty plaque which causes sudden cardiac death.

But as I said earlier, most heart attacks that are the result of a deprivation of blood supply to the heart muscle, more often than not, give some time for the patients to reach a good cardiac care facility and get the treatment that can save their lives. If this happens in good time, their hearts can even be saved from permanent damage, giving them a normal life and longevity. But the most difficult-to-treat cardiac emergency is the electrical disturbance of the heart rhythm which I have talked about. It is this culprit rather than a heart attack of the arterial blockage type, which kills patients most suddenly and helplessly. And, very sadly this is a killer that targets young, healthy and active adults, usually between the ages of thirty and forty-five!

The heart loses its inherent rhythm and either slows down or more often, speeds up so much that it simply does not supply enough blood to the body, the brain and itself too. This results in a loss of consciousness followed by a very quick death. The heart can lose its electrical rhythm due to a variety of reasons. Very often it is due to an inherent anatomical malformation in the wiring system of the heart or in older patients, due to the result of damage to it from a previous heart attack. That is why the risk of a SCD is thrice as high in the first six months after a heart attack.

But in younger and apparently fit people, excessive physical stress that pushes the heart to the highest limits of its performance, is what can trigger a sudden loss of its rhythm, leading to its failure. This is most likely the reason for the loss of many lives among some of our fitness conscious celebrities that we have seen over the past few years. But such tragic events are very often preventable if people who undertake highly exerting activities, do so only after going through a complete cardiac work up by a competent and adequately qualified cardiologist. Mind you, here the watch words are ‘COMPETENT AND ADEQUATELY QUALIFIED’ and nothing lesser than this will do!