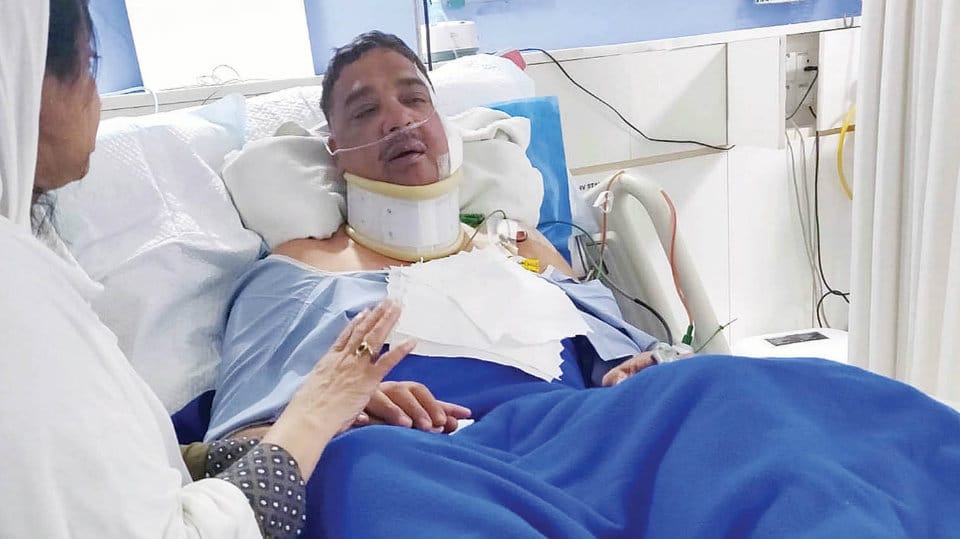 He further said that video clippings of the incident were obtained and after going through the clippings, the Police were interrogating the suspects.

Meanwhile, doctors at Columbia Asia Hospital this morning said that the health condition of Sait was improving and is better than yesterday.

A media briefing in this regard would be held by the doctors later in the day at the Hospital.

The Police, who had arrested Farhan, the accused, produced him before a Magistrate at the latter’s residence yesterday evening and sought his custody to conduct investigation. Following the request by the Police, the Magistrate granted 12 days Police custody of the accused.

City Top Cop has suspended Sait’s gunman Fairoz Khan on charges of dereliction of duty as Fairoz did not even make attempts to save the MLA from the attacker nor did he make attempts to catch him (assailant).

District Minister V. Somanna, who visited Columbia Asia Hospital, yesterday where the Congress MLA is undergoing treatment, said that the State Government would bear the medical expenses of the MLA.

He said that the Government was prepared to airlift  Sait to any other Hospital, if necessary.

Dignitaries including former Minister and BJP candidate from Hunsur A.H. Vishwanath,  former Congress MP from Chamarajanagar R. Dhruvanarayan and Deputy Commissioner Abhiram G. Sankar were among those who visited the hospital and enquired about the health condition of Tanveer Sait this morning.

Meanwhile, security at the Hospital, residence of Tanveer Sait in Udayagiri and at vantage points in N.R. Mohalla, Mandi Mohalla, Udayagiri and Nazarbad continued today also to prevent any untoward incidents from taking place.