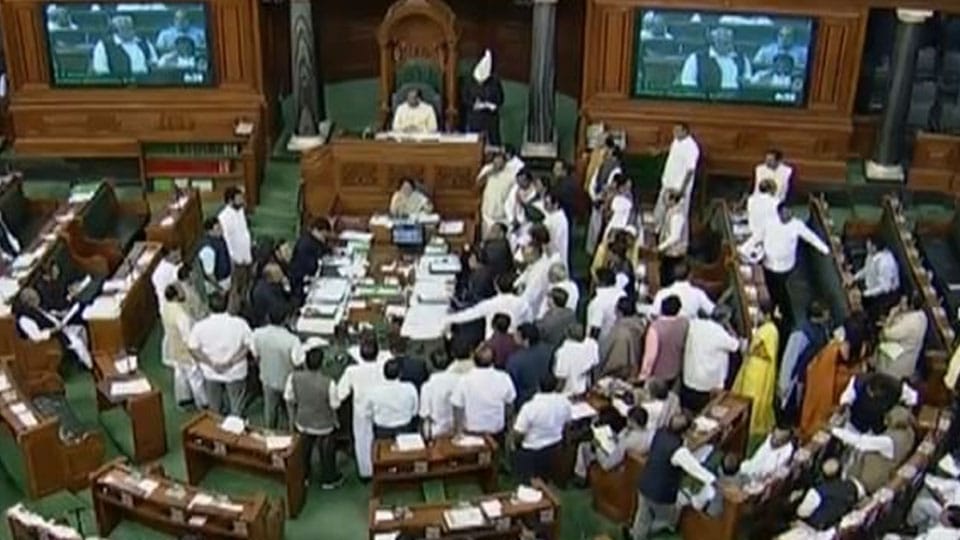 New Delhi: The second day of the Winter Session in Lok Sabha commenced on a stormy note with Congress leaders raising the issue of withdrawal of Special Protection Group (SPG) cover of the Gandhi family.

As soon as the Question Hour commenced, the Congress, DMK and National Conference Members entered the well of the House and raised slogans ‘we want justice’, ‘Tanashahi Bandh Karo’ (‘Put an End to Dictatorship’) and ‘vipaksh pe hamla bandh karo’ (stop attacking the Opposition).

Raising the issue of withdrawal of Special Protection Group (SPG) cover of the Gandhi family in the House, the Congress MPs, said there should be no politics in the name of security.

The SPG protection to the Gandhi family was removed on Nov. 8. The Gandhi family had been under SPG cover since the assassination of former Prime Minister Rajiv Gandhi in May, 1991.