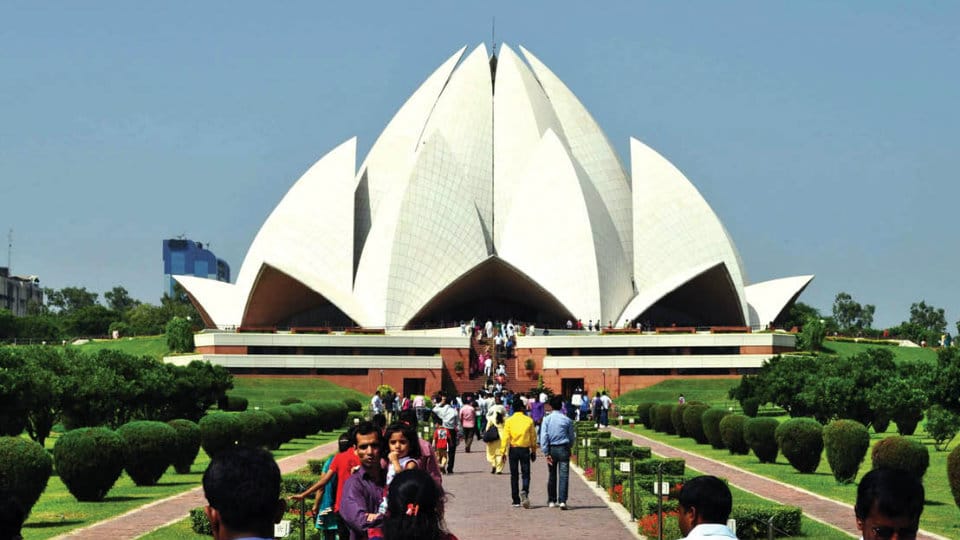 As the major attraction for the Dasara Flower Show, the Mysuru District Administration and Horticulture Dept. have decided to replicate the Lotus Temple. The model will be housed inside the Glass House at Kuppanna Park, also called Nishad Bagh, that will be ready for this Dasara. The grand show will be between Oct.10 and 19.

Speaking to SOM this morning, Habiba, Senior Assistant Director of Horticulture Department, said that the Glass House offers a cool atmosphere and will make the flowers last longer. The Lotus Temple will be replicated by using thousands of roses, orchids and lotus, she said.

Habiba revealed that the tender for entry tickets and shops inside the Flower Show venue has been given to a Mysuru-based firm for Rs.70.5 lakh.

Round Glass House: The Glass House at Kuppanna Park that has been under construction for almost over a year on the lines of the one at Lalbagh in Bengaluru will be ready for Dasara. Round Glass House will be the centre of attraction and with the Horticulture Dept. planning to keep a model of Lotus Temple inside, the Glass House is bound to attract tourists.

Workers from Bengaluru-based Nikhita Buildtech that is executing the project, worth Rs.7.45 crore, are giving finishing touches to the landmark structure near the Hardinge Circle (now Jayachamarajendra Wadiyar Statue Circle) and works are on the finer aspects to make the structure a people-friendly and a visually-appealing one.

The works will be completed in a couple of days and at present, electricity connections, fans and exhaust fans to drain out heat are being fixed. The structure will be handed over to the Horticulture Dept. in a couple of days, the project implementers said.