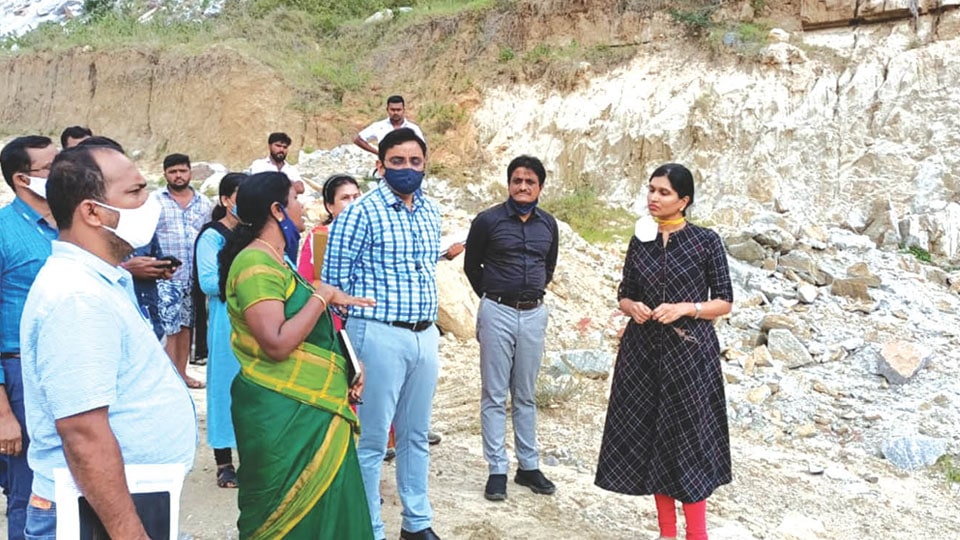 Yesterday afternoon, one such loud explosion was heard at 12.45 pm in Pandavapura Taluk and villagers allege that the sound was from a quarry. They debunked the claims of the District Administration that strict action is being taken on mining activities.

In the past too, such sounds have been heard and the earth plate has shaken a couple of times. These activities threaten the safety of Krishna Raja Sagar (KRS) Dam that also stands on the same rocky surface, they said and pointed out that though much heat and dust has been raised over the mining issue, the administration has bowed to pressure from local politicians who have a huge stake in mining.

Due to the impact of the high-intensity blast, the earth vibrated for a few seconds and window panes, metal shelves and kitchen utensils too vibrated, said residents. Some of them even rushed out of their houses.

Elders of Bebi Betta Kaval say that though the District Administration has claimed that it has banned mining in 20-km radius of the KRS Dam following the advice of Karnataka State Natural Disaster Monitoring Centre, mining activities have continued unabated with the blessings of local political leaders. If indeed there is a mining ban, how was the sound heard, they questioned.

They also ridiculed the administration’s claims that raids are being conducted at all quarries. “Unfortunately, the raiding teams cannot find gelatine sticks, detonators and wires at quarries. Instead, they are found dumped in fields and are recovered by cowherds. Even if explosives are found, there is no probe as cases are hushed up,” said a villager.

Team visits Bebi Betta, Kalenahalli: Meanwhile, Secretary to the Government, (MSME and Mines), Commerce and Industries Department Pankaj Kumar Pandey on Tuesday visited Bebi Betta Kaval in Pandavapura and Kalenahalli near Srirangapatna and examined the extent of mining activities. Mandya DC S. Aswathi was present. They visited crushing units and mining sites that were functioning illegally without requisite permission from the Mines and Geology Department.

The team comprised Tahsildars of all taluks and Revenue and Police Department personnel. Pandey asked the officers to physically survey all the areas from where reports of illegal mining have emerged and submit a report.

After over 40 gelatine sticks, detonators and wires were found near a quarry on Bebi Betta on July 18, on Aug. 8 shepherds found 92 gelatine sticks and other explosives on survey number 24 of Bannangadi village. Bomb disposal squad along with Mines and Geology Department officials collected the explosives.