Home » News » LS bypoll: Who will be Mandya Ka Sultan? 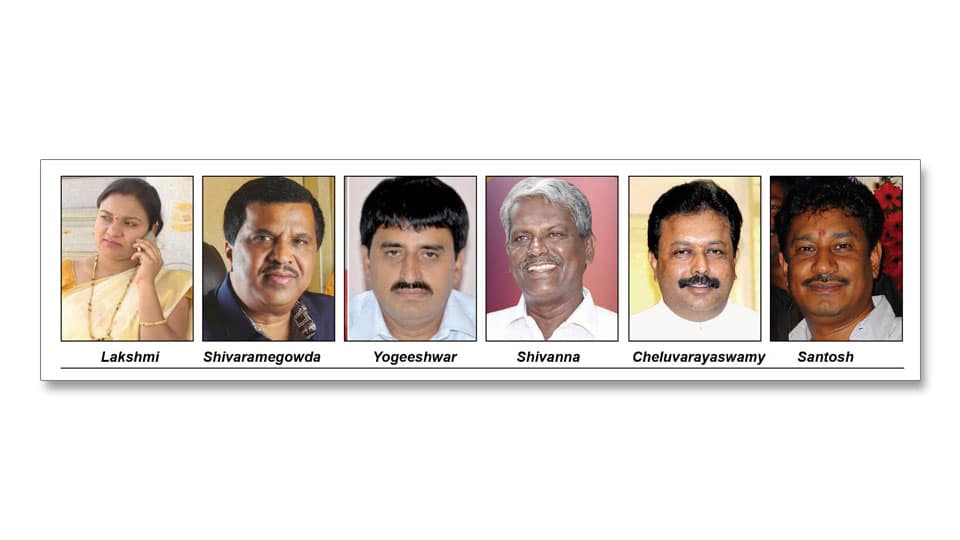 LS bypoll: Who will be Mandya Ka Sultan?

Mandya: Soon after the Election Commission of India (ECI) announced the bypoll schedule for Mandya Lok Sabha (LS) seat, political activities have sprung up, with the three main political parties — Congress, JD(S) and BJP — getting ready to test the political waters.

The Mandya LS seat became vacant after C.S. Puttaraju of the JD(S) resigned following his election from Melukote Assembly constituency in the May 2018 polls. With hardly six months left for the 2019 LS polls, no one had anticipated the announcement of bypolls. But the ECI stunned everyone by announcing the bypoll schedule, according to which the election will take place on Nov. 3 and the results will be announced on Nov.6.

Although the JD(S) seems to have made a head-start for the bypoll, it is yet to announce its candidate, amidst hectic lobbying by party leaders. The front-runners in the race for the JD(S) ticket are Lakshmi Ashwin Gowda, an IRS Officer who quit her post to join politics, former MLA L.R. Shivaramegowda and Santosh, son of Minister D.C. Thammanna of Maddur.

With the list of aspirants growing in the party, the JD(S) Supremo is also said to be planning to field one among his two grandsons — Prajwal Revanna or Nikhil Kumaraswamy.

Meanwhile the Congress camp appears to be dull with talks of seat adjustment between the ruling coalition partners — JD(S) and Congress — still underway. If the talks between the two parties are successful, the Congress may well let go the seat to JD(S), which won the seat in the 2014 LS polls.

But with Congress workers severely opposing any seat arrangement with the JD(S), the party may be forced to field a candidate and in such a scenario former Minister Cheluvarayaswamy will become the best bet for the Congress. There are also talks of actress and AICC Social Media head Ramya too entering the fray, while another renowned actor Ambarish may not opt to contest the polls due to his reported failing health.

As far as the BJP is concerned, the party does not have a strong organisational base in the district. The BJP is keenly watching the developments in the Congress and the JD(S) and is ready to toss its hat into the ring if the Congress and JD(S) fail to reach a tie up for the bypoll.

Meanwhile, the BJP is also open to fielding another former Minister C.P. Yogeeshwar, who lost to CM H.D. Kumaraswamy in Channapatna in the last Assembly polls.

The other probable candidates are farmer leader K.S. Nanjunde Gowda and local leader Chandagalu Shivanna, who was the only BJP candidate in entire Mandya district to have retained his deposit in the 2018 May polls.

Journalist Kowdley Channappa, who is well-known in the co-operative sector, too is making his own preparation to contest the bypoll. With hardly a few months left for the 2019 general elections, the entire Mandya district is busy with political activities. People are now talking about who their MP will be for the next 4-5 months, even as there is a general feeling that the bypoll was not necessary at all with LS polls hardly some months away.