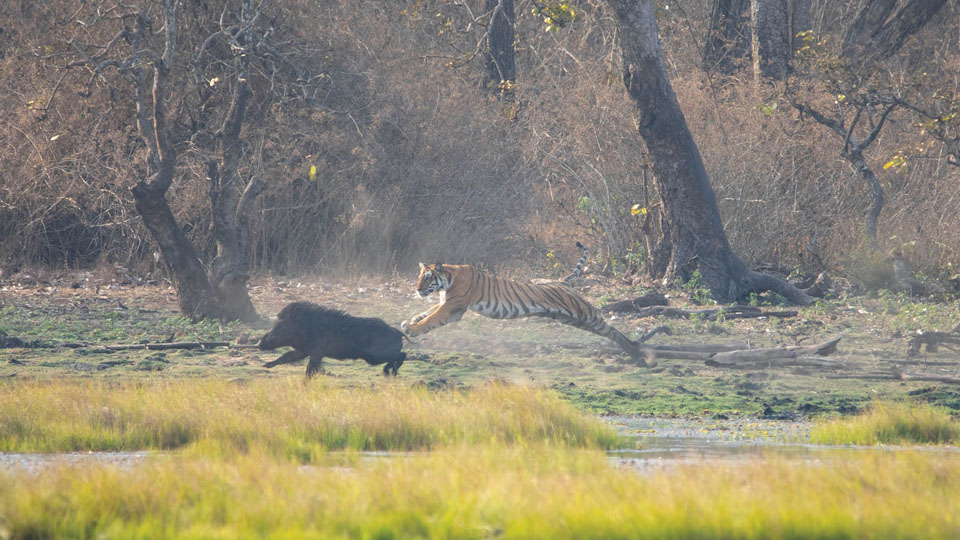 A wild boar escaped from being caught and devoured by a tigress at Kabini Forest on March 23 evening.

Software Engineer R. Rakshit Kumar, a resident of Metagalli in city, who had been to the forest, was lucky to encounter the hunt and click the same on his camera.

The tigress, which countered the boar from the front initially could not catch it as the boar dodged the attempt.

Later, the tigress chased the wild boar in full speed for a distance but was unable to hunt it down as the boar made a lucky escape into the bushes.

Kabini Kabini Dam Kabini Forest
Elected to UrsuMandali Co-op. Society
Second wave of COVID-19: We need to be careful more than ever