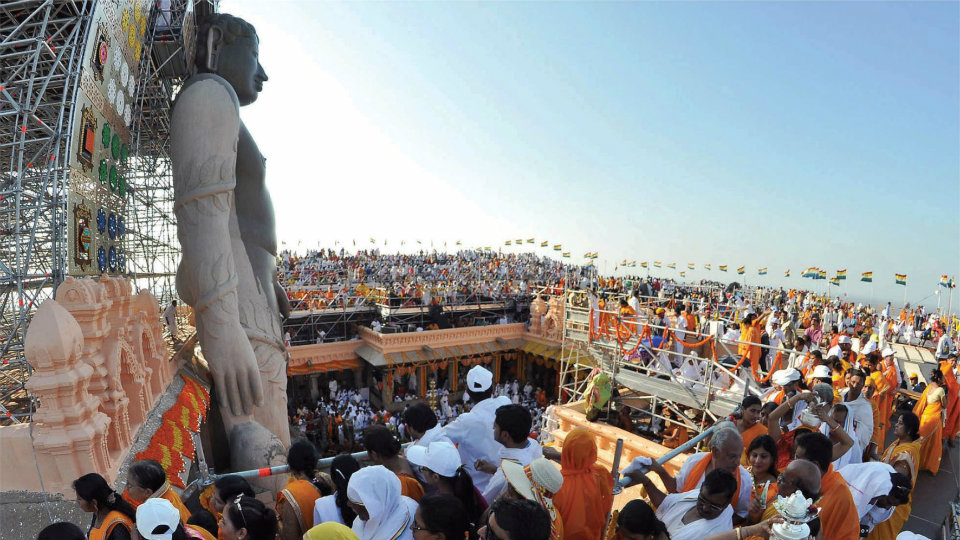 Shravanabelagola: Lakhs of devotees who had come from far and near watched the once in 12-year spectacle as the 88th Mahamastakabhisheka (anointment) to the 58.8 ft tall monolith statue of Bahubali began yesterday at this hill shrine. The anointment to the  statue is the second part, as the pujas and other rituals had begun from Feb.7.

Yesterday first Mahamastakabhisheka with 108 kalashas began. Swasthi Sri Charukeerthi Bhattaraka Swamiji, the Pontiff of the Shravanabelagola Mutt, led the ritual which was a eye-catching show. The Ashok Patni family of Kishangarh, Rajasthan, purchased the first Kalasha for Rs.11.61 crore through auction and became the first person to perform abhisheka. Kalasha also has gold, silver, diamond and other precious stones.

Ashok Patni was also the first Kalasha bearer in the 2006 Mahamastakabhisheka. Charukeerthi Bhattaraka Swamiji said that the amount will be used for the construction of a 200-bedded hospital in Shravanabelagola.

Later, the ksheerabhisheka was performed. Right from morning 5 till 2 pm the Monks, Matajis and those carrying Kalashas performed various rituals. Lakhs of devotees who had gathered watched the anointment ceremony with a great deal of devotion and joy. The devotees received the abhisheka materials collected near the foot of the statue in the form of prasadam. 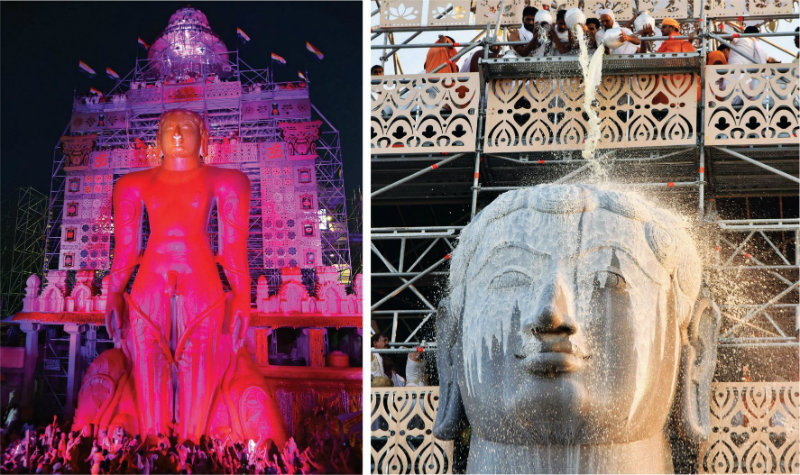 This time on the demand from the devotees, the Mahamastakabhisheka is being performed for nine days, which is rare.