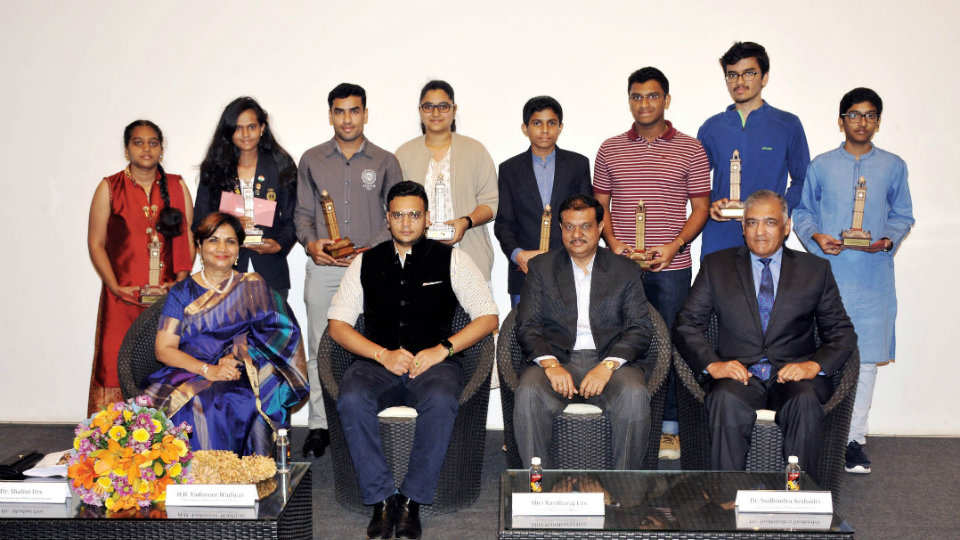 Mysuru:  The scion of the erstwhile royal family of Mysuru, Yaduveer Krishnadatta Chamaraja Wadiyar, called for making education more holistic and meaningful as it is both a means to an end and an end in itself.

He was speaking after inaugurating the launch of  ‘#findyourmojo competition’ organised by Mysore Royal Academy (MYRA) School of Business at its premises here recently.

Espousing the idea of ‘Joint Custodianship’ of the heritage of Mysuru, Karnataka and India, he brought a whole new perspective to the roles and responsibilities of citizens and every stakeholder towards heritage.

Youngsters in the audience threw some curveballs with their tough questions. Unfettered, he handled some very tough questions from youngsters with aplomb and humility. His ideas were not only reflective of his progressive outlook but his deep understanding and appreciation of Indian history and society.

Yaduveer Wadiyar, Dr. Shalini Urs and Dr. Sudhindra Seshadri – Dean, MYRA, then felicitated the first batch of 8 Mojo Wizards. From a 13-year-old young scientist who is redefining agricultural innovation and a student who secured a perfect 625 in SSLC; to a champion who is getting trained for the Winter Olympics.

MYRA was instrumental in identifying these young Mojo Wizards who could be best described as inspiration to the next generation of young Indians.