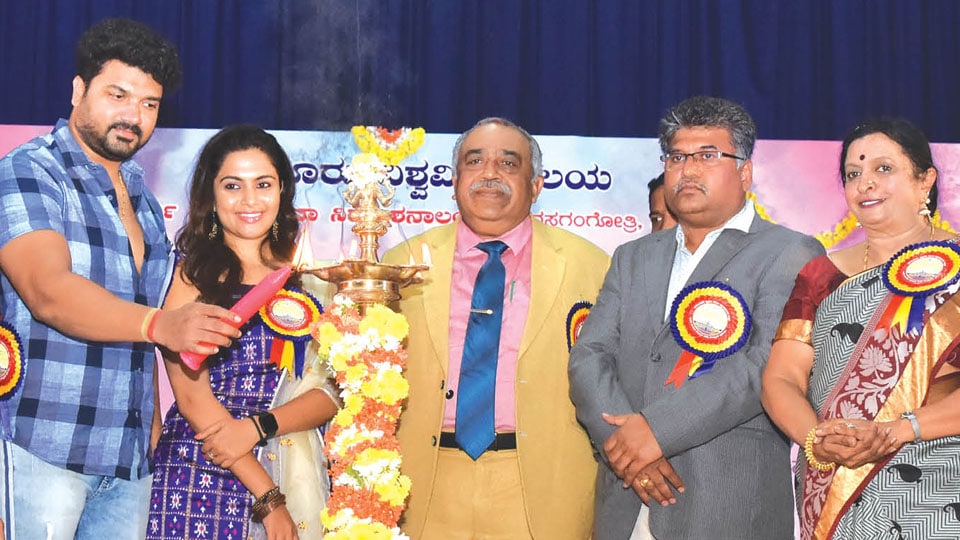 Mysuru: The three-day Inter-Collegiate Literary and Cultural contests of the University of Mysore (UoM) organised by the University Students Welfare Directorate, began at Nalwadi Krishnaraja Wadiyar Hall of Senate Bhavan in Manasagangothri here on Sept.18.

Speaking on the occasion, Srujan said that Mysuru, which is known as the cultural capital of the State, had earned the ‘Cleanest City’ tag for two successive years.

But later on, the city dropped its topmost standing and he would like to see the city regain its No.1 position as the Cleanest City, for which the students should join hands, he said. He also called upon the students to make Mysuru a plastic-free city.

Referring to Bengaluru, the actor, quoting a survey which said that 40 percent of prepared food was going waste in the capital, regretted that such a huge quantity of food is going waste at a time when many people suffered from hunger.

Underlining the toil of farmers in food production, Srujan appealed the people not to waste food for any reason.

Several colleges from Mysuru, Mandya, Chamarajagar and Hassan districts, coming under the University’s jurisdiction, are taking part in this three-day event, which concludes on Sept.20.

Srujan Lokesh University Of Mysore
Ganja peddler, house burglar arrested
How much of this scheme actually works on the ground?