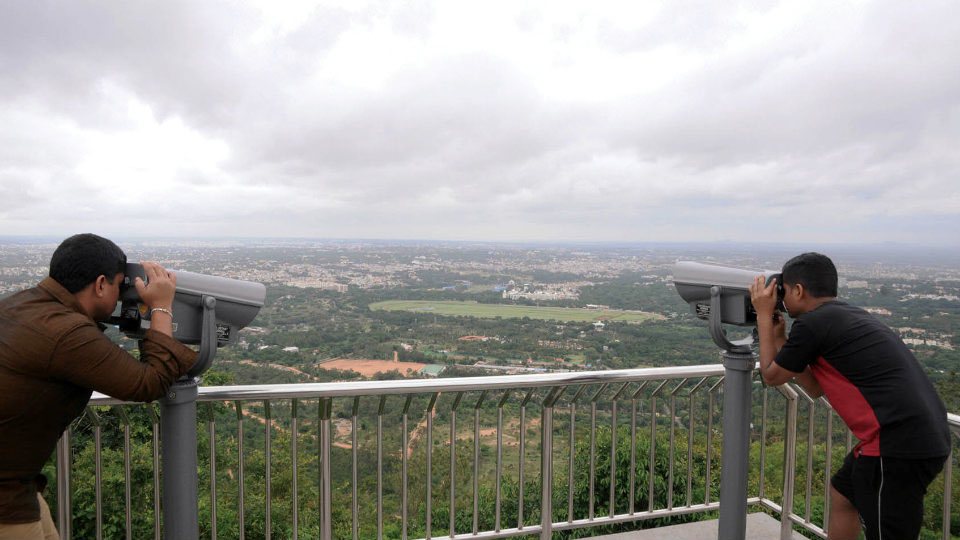 Mysuru: With Dasara 2018 to be celebrated from Oct.10 to 19 and with the Chief Minister H.D. Kumaraswamy envisaging a grand Dasara this time, Deputy Commissioner Abhiram G. Sankar has directed the officials to come out with new and innovative ideas to make this Dasara a memorable spectacle.

In that context, Abhiram Sankar held a meeting of officials at his office here yesterday. He asked officials to be cost conscious but arrive at good and attractive plans to draw tourists. He announced that the Dasara Sub-Committees would be constituted after the meeting of Dasara Executive Committee.

The DC suggested officials to include martial arts in the cultural programme to be staged during the Torch-light Parade to be held on the last day of Dasara. He also asked the officials to get ready with Dasara invitation cards well in advance and distribute them a fortnight prior to Dasara.

Continuing, the DC suggested the use of smokeless pyrotechnics during the Torchlight Parade programme on the lines of Commonwealth Games and international sports activities to check air pollution.

Referring to the illumination of city, Abhiram Sankar said that several environmentalists and residents had opined that illuminating trees was harmful to birds and hence, asked officials to go in for eco-friendly illumination without affecting any living species.