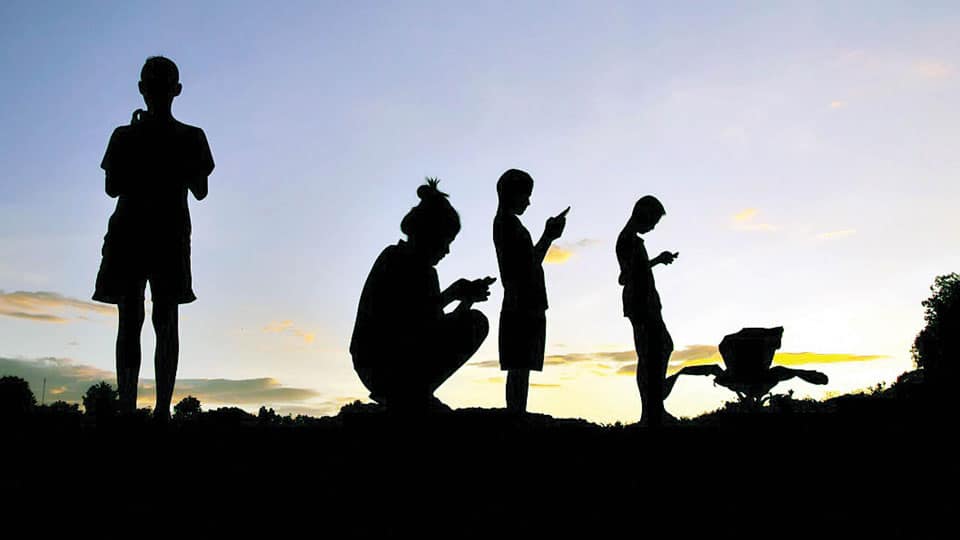 When you give your child a scooter, you also need to give him or her a helmet to ensure the safety of the child. It is the same with phones too! Tell your child about the potential dangers while using the phone. Make children digital safe! Because, times have changed and a lot is at stake when children get exposed to unwanted, misleading information, which can mar their adolescent stage and lead to several risky behaviours,” says Dr. Preeti Galgali, Chairperson, Adolescent Health Academy, India (a speciality branch of Indian Academy of Paediatrics).

Adolescence (from 10-19 years), Dr.Preeti says, is a fascinating period of life between childhood and adulthood, where children in a bid to seek an identity of their own, are prone to emotional upheavals, identity crisis and sensational seeking behaviour. The current social milieu has resulted in an increase in social turmoil, leading to a rise in non-communicable disorders, mental health issues and high risk behaviours among others.

India has the largest number of adolescents in the world. With 26 percent of them already married, the future generation can be in jeopardy if the mental, physical and overall well-being of the adolescents are not taken care of, she opines.

Contrary to popular belief, the brain in terms of volume stops developing after the age of 7. It matures between the age of 10 and 24, which is why the happenings and influences during the adolescent age becomes so vital. The limbic system which controls basic emotions and drives and the reward centre which makes connection between activity and pleasure are both completely matured at 24, so what happens during the adolescence years is extremely crucial.

It may sound clichéd but it helps to reiterate that parental and family support is extremely essential today than ever before. Parents need to invest their time and concern with their children, as they owe it to their kids! Whatever the pressures of career they go through, if they plan to be there for the children it will help take off pressure on the children paving way for a normal healthy adult life for them.  Parents’ unconditional support, observing flags in behaviour and seeking help at the correct time can go a long way in shaping mentally and physically normal adults, opines Dr. Preeti.

READ ALSO  From Cocktails to Mocktails !

The saddest part of parenting today is their inability to say a No! In their eagerness to provide their kids everything they ask for, children grow up not knowing how to take a No, which could lead to serious issues like sexual abuse because they don’t know what consent means!

Morbidity and mortality in adolescence are preventable with the help of knowledgeable and trustworthy adults, who can safely navigate them through this transitional period. It is here that the role of Paediatricians becomes important as they are well-educated about bio-psycho-social development and also share a good rapport with adolescents, says Dr. Preeti.

The Adolescent Health Academy (AHA), established in 1999, now with a branch in Mysuru, is a multi-disciplinary organisation, which has parents, teachers, nurses, NGOs and all stakeholders involved in adolescent health care as its Members.

It conducts several programmes in Schools and Colleges where they talk to students about high risk behaviour, sexuality, hygiene, anger management and life skills. Programmes on adolescent suicide prevention and intervention has been conducted in 42 cities across India.