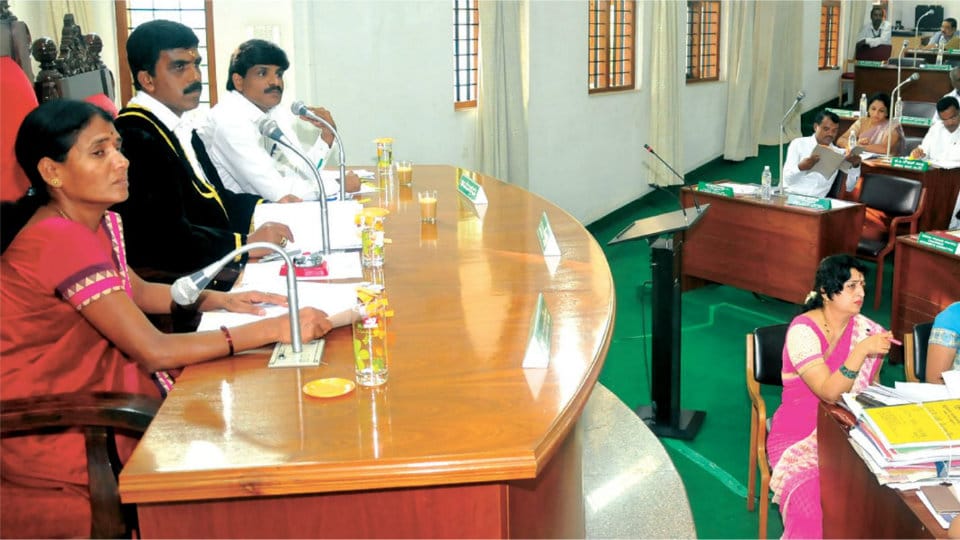 Mysuru: The Mysore City Corporation (MCC) at its Council meeting has taken a decision to compulsorily make parking of vehicles free at all malls and commercial complexes in the city.

The customers are being charged parking fees and to put a break to this practise,  this decision was taken at the meeting chaired by Mayor M.J. Ravikumar, at the MCC’s Nalwadi Krishnaraja Wadiyar auditorium, here yesterday.

There is no proper facility for parking in the Mysuru Mall (Mall of Mysore) on MG Road. This has resulted in people visiting the mall, to forcibly park their vehicles by the side of the road, causing inconvenience to the public, said the Corporators.

Malls react: Speaking to Star of Mysore over phone, Mall of Mysore General Manager Col. C.P. Medappa, who was annoyed at being asked for his reaction, said, “We are charging customers the parking fees which is a universal practice in the malls. After all, a mall owner has to recover his cost of construction.”

Asked whether they charged the employees working in the shops and other establishments in the mall, he said, “We charge Rs 300 for the employees owning two wheelers and Rs 700 for those owning four wheelers.”

When Medappa was asked again what would be their stand if the Corporation cancels the parking fees, he became very upset and said, “Why are you asking me this question. Why do you want to lead the Corporation on.” To his rude reply, Star of Mysore shot back, “It is not us, who are leading the Corporation. It is because they have taken a decision, we are asking for your reaction.”

Again, he got very angry and said, “You should come personally here and sit with me and talk. You cannot sit in your office and ask me questions.”

Seeing that instead of replying to the question, that any media has a right to ask in the interest of the public, the rude behaviour of the General Manager of Mall of Mysore Medappa, forced the writer to put the phone down.

Meanwhile, the manager of Garuda Mall near Town Hall, Venkatachalam told Star of Mysore that they were not charging any parking fees as the multiplex is still not opened. Asked if they would charge once the multiplex opens, he said that the management would take the decision.

READ ALSO  “Keep your garbage at your house only”: MCC plans strict enforcement for a clean city
MCC
Schedule for District Planning Committee election announced
Police to take action against vehicle owners for not responding to violation notices