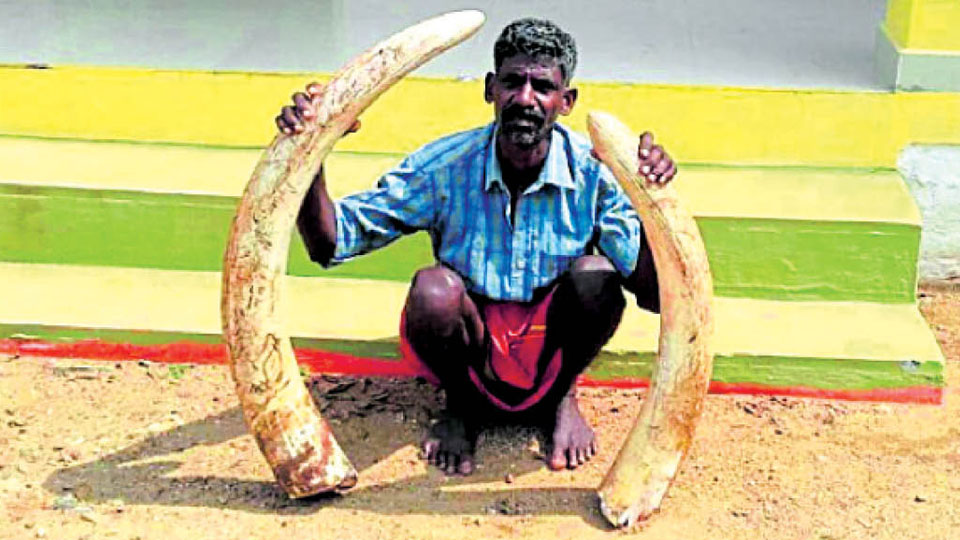 Hanur: The officials of Male Mahadeshwara Wildlife Division have arrested a person yesterday for stealing tusks from a tusker, which had died after its leg was lodged between the rocks when it had come to quench its thirst.  The accused had hidden the tusks in his house.

The incident: About two days ago, a tusker, aged about 15 years, had come to the waterhole at Soleragudda forest area to drink water during which one of its legs got stuck in between the rocks.

Unable to remove its leg, the tusker which grew weak, had died there with its leg still stuck between the rocks. This incident had not come to the notice of the Forest Department. 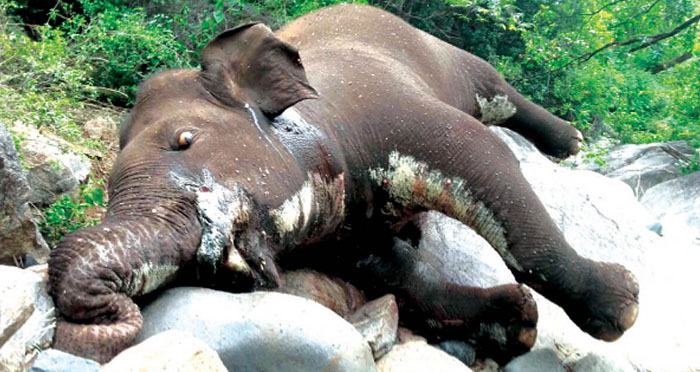 Yesterday morning, Sannaputta had entered the forest illegally to procure seege soppu and saw the tusker dead. He then chopped the tusks and took it to his home to sell them and make some money.

But at about 1 pm on the same day, the Forest staff, who were on their regular beat, saw the dead tusker and upon going near it, they saw the tusks missing and informed their higher officials.

DCF V. Yedukondalu, RFO Sundar and staff, who rushed to the spot, conducted an inspection and following a tip off, they raided the house of Sannaputta and seized the tusks besides registering a case against him.

It is learnt that Sannaputta has cases registered against him pertaining to illegal storage of arms and ammunition and illegal entry into forests among other cases.