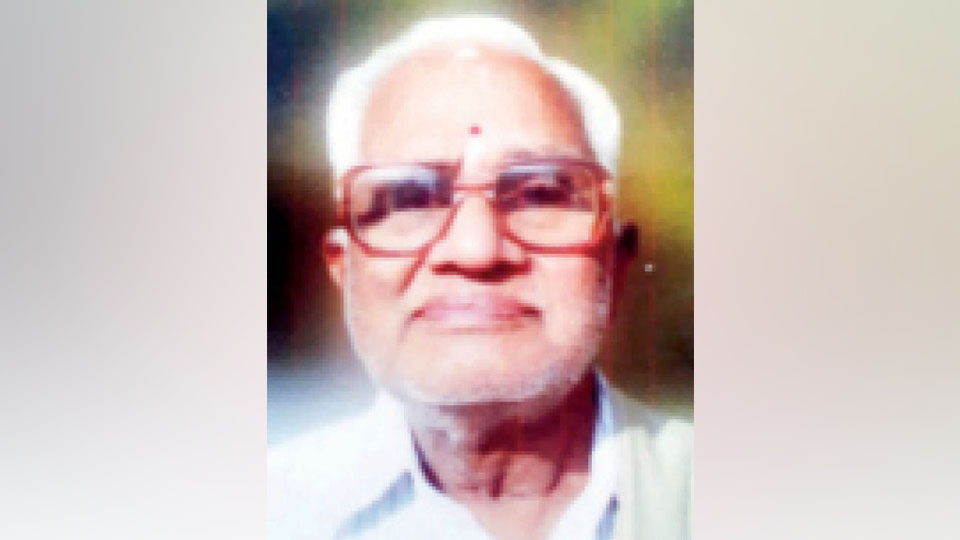 Mysuru:  Veteran journalist and freedom fighter T. Venkataram (92), passed away at his residence in Vidyaranyapuram in city yesterday  due to age-related ailments.

A Post-Graduate in Sociology, he had served as the Editor of ‘Mysuru Patrike’ and had taken part in the Quit India Movement.

Venkataram is survived by son Venkatakrishna (Mohan) and seven daughters. His wife had predeceased him.

Venkataram started his career as a journalist at his father T. Narayan’s paper ‘Mysuru Patrike’ and assumed it stewardship following his father’s death in 1976.

Venkataram had also served as the Vice-President of Mysuru District Journalists Association (MDJA) earlier.  A recipient of Rajyotsava and Karnataka Media Academy awards among other prizes and awards.

Last rites were performed at the foot of Chamundi Hills today, according to family sources.

CM H.D. Kumaraswamy has condoled the death of  Venkataram.