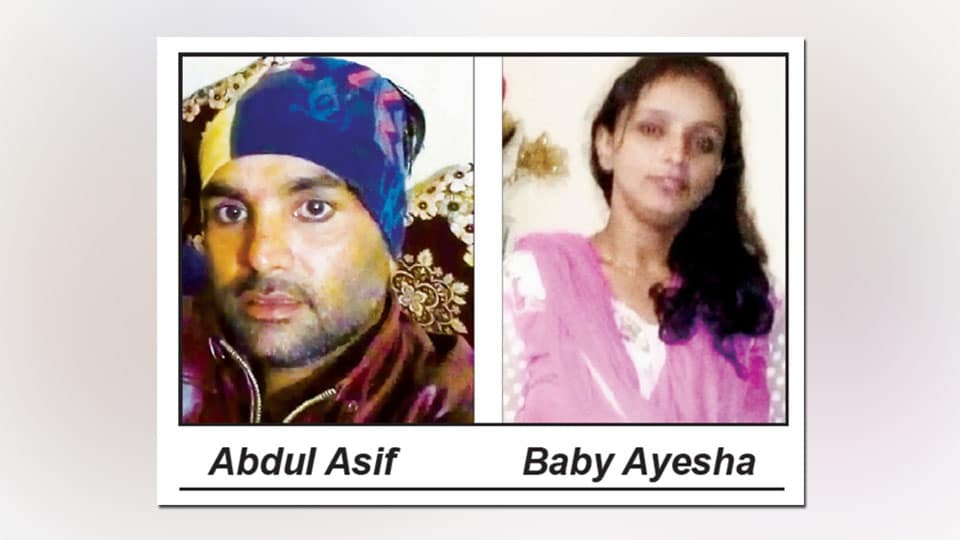 Chamarajanagar: The Town Police have been successful in nabbing a man, who had committed the dastardly crime of killing his wife and burying her clandestinely.

Abdul Asif, a resident of Galipura Extension here, is the person arrested. He has allegedly murdered his wife, the unfortunate Baby Ayesha (35).

Asif had married Ayesha from Mysuru about 12 years ago. The couple has three children. On July 31, there was an altercation between the husband and wife. Asif has attacked Ayesha and as a result, she has died. Asif had kept this a secret and on August 1, buried her in a hurry in the community’s burial ground.

Ayesha’s relatives became suspicious of her death. They met the Superintendent of Police Dharmendra Kumar and gave a written complaint about the killing of Ayesha. The SP viewed the complaint seriously and directed the Town Police to investigate the crime.

The Police managed to get slight evidence about the killing of Baby Ayesha and her quiet burial. Later, when Asif was subjected to intense interrogation, he confessed to the crime, said Town Police Sub-Inspector Mahadevaiah.

Under the supervision of Kollegal Assistant Commissioner Roopa, the body was exhumed on Thursday and post-mortem conducted. The accused Abdul Asif was arrested and produced before the Court, said Mahadevaiah.