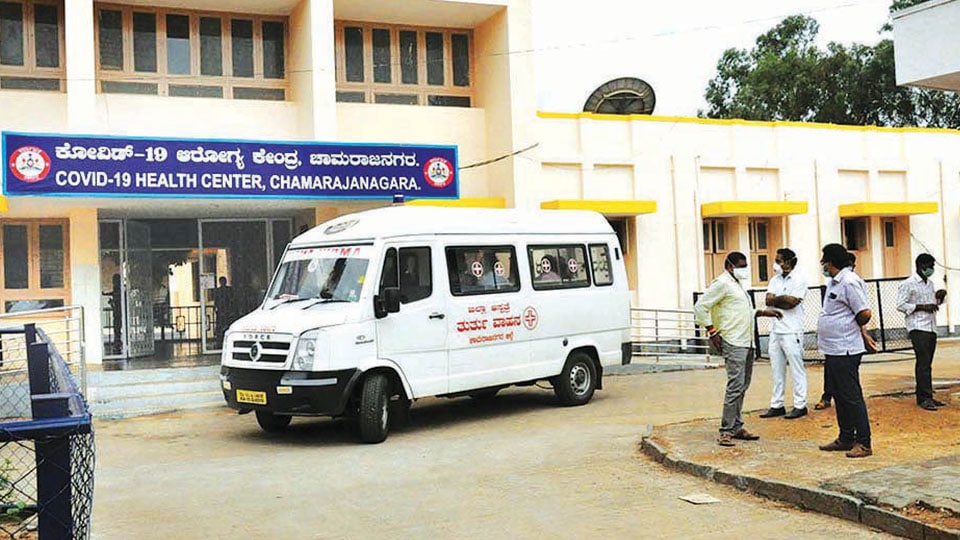 Chamarajanagar: A father, selling his 25-day-old son for Rs. 50,000 to a person in Bengaluru, has come to light lightly. The man, who sold his son, is 35-year-old Basava, a resident of Court Road in the town and working at a hotel. It is learnt that Basava had sold his son despite opposition from his wife Nagaveni.

The officials of Sakhi Kendra at Chamarajanagar District Hospital, District Children Protection Unit and Chamarajanagar Town Police, who left for Bengaluru, traced the purchaser, took custody of the baby boy last night and have handed over the baby to the Sakhi Kendra.

The doctors, who examined the baby, said that the baby was suffering from illness following which the baby boy has been admitted at the District Hospital.

Meanwhile, Women and Child Development Department Deputy Director Geetha Lakshmi, speaking to SOM this morning, said that the baby boy was taken into custody from the purchaser in Bengaluru yesterday night and has been handed over to the Sakhi Kendra. Pointing out that a complaint has been lodged against Basava and the purchaser, Geetha said that the first priority is to see the well-being of the baby and added that as a complaint has been lodged, legal action would be initiated.

Basava and Nagaveni couple have a seven-year-old son and on Aug. 22, Nagaveni gave birth to the second son at Cheluvamba Hospital in Mysuru. But Basava, with the help of his fellow worker, had sold the baby for Rs. 50,000 on Sept. 15 to a person in Bengaluru. Basava has stated that he sold his baby boy to get his ailing wife treated and also to pay the loans.

Meanwhile, Police, who have taken Basava into custody, are interrogating him to know the truth behind him selling his infant son and also to find out the involvement of others behind it.