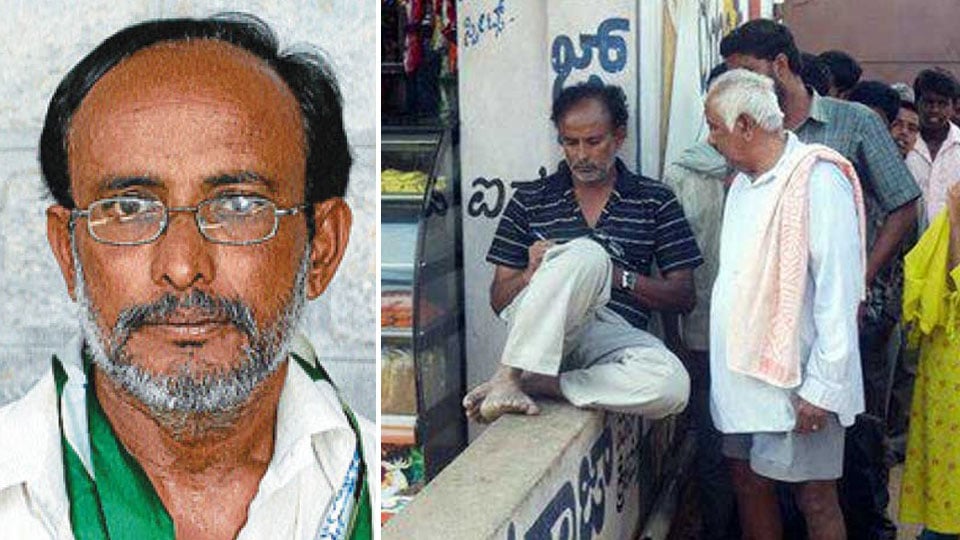 Mandya:  Popularly called as the ‘5-rupee Doctor,’ Dr. S.C. Shankaregowda filed his nomination papers for the Mandya Assembly constituency as an independent candidate on Monday.

The election officers were surprised when he deposited a packet of Rs.5 coins as security deposit amounting to Rs.10,000 along with his nomination papers. The Officers were very frustrated as they had to count so many coins. The Returning Officer (RO) handed over the packet to his junior officer to count.

Meanwhile, his advocate Keshavamurthy advised him that it will be late if the officers start counting the coins. Hence the advocate suggested him to pay the deposit amount in currency notes following which Dr. Shankaregowda paid the deposit money in cash and filed the nomination papers.

Later, addressing the media, Dr. Gowda said that he was aware of the problems in the Constituency.

He further said that  along with solving the problems he also had to work for the development of the Constituency and he had the people’s support and hence decided to contest.

“I will not withdraw from the fray even if there is pressure on me to back out,” he categorically stated.

Reacting to the deposit money he had brought in Rs.5 coins, he said that he had been practising since past 35 years and was charging only Rs. 5. Hence, he brought only those coins.

Dr. Shankaregowda came in a procession with his supporters from Sir M. Visvesvaraya Circle to the Taluk Office and filed the papers with RO Chidanand.