Home » Columns » Mass appeal is easy for filmstars, but respect is tough. Amitabh Bachchan earned it, after many setbacks 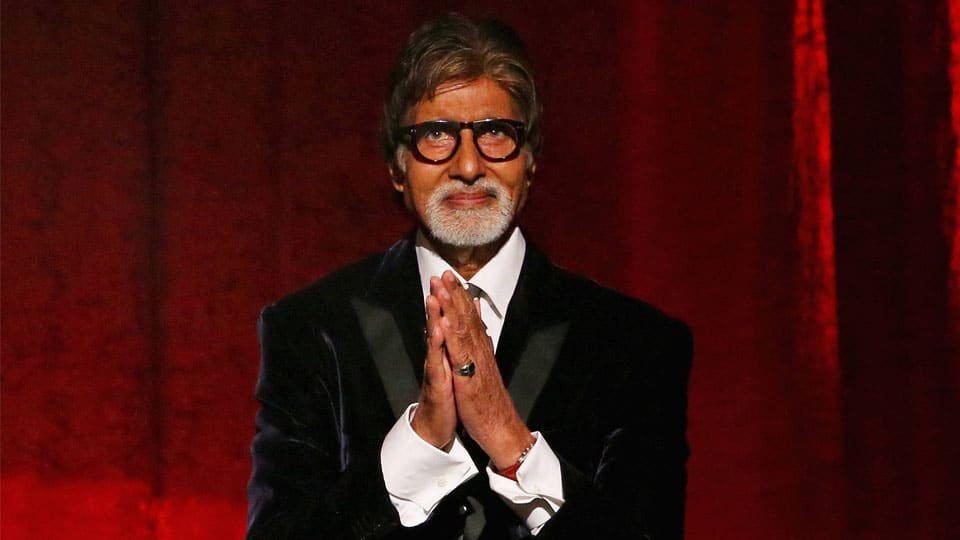 Mass appeal is easy for filmstars, but respect is tough. Amitabh Bachchan earned it, after many setbacks

Filmstars seldom celebrate their birthdays. Perhaps they do not want to know that they are getting older by the year.

Amitabh Bachchan’s birthday (Oct. 11, 1942) was an exception. Television interviews apart, a serious newspaper or two subjected his persona to intellectual analysis. This exceptionality was warranted because, at 75, Bachchan has remained relevant through significant activity.

There are greater artistes who have disappeared from public view because of age — Dilip Kumar, 94 and Kamini Kaushal, 90. There are others like Lata Mangeshkar, Waheeda Rehman, Vyjayantimala and Gulzar, all in their 80s, who are in reasonably good health but not active in any field. Sophia Loren and Brigitte Bardot, both 82, Julie Andrews 81 and Dustin Hoffman, 80 are out of action and out of sight.

Bachchan’s own contemporaries have withdrawn from the scene. Dharmendra, seven years older, was his co-star in a blockbuster of the time. Today he looks very much ‘retired.’  His wife Hema Malini, six years younger than Bachchan, keeps busy but her product endorsements are as unconvincing as her politics. Jeetendra is the same age as Bachchan but has disappeared into business. The only big name that remains meaningfully active  is singer K.J.Yesudas, 77. His is a different league, though, devotion to famous Hindu temples being his signature appeal these days.

Clearly Bachchan is in a class by himself. What makes him different is that he attracts respect, not just fan following. The likes of Raj Kapur and Dev Anand attracted love, not respect. Even NTR and MGR and Jayalalitha attracted respect primarily on account of the political power they wielded. Rajanikant got it right when he said that filmic popularity was not enough to succeed in politics. MGR was in the centre of the Dravida movement when it had the power to move minds. Jayalalitha, though a Mysore Brahmin, identified herself with that movement and benefited from its pulling power. Today the movement itself has lost traction and people like Rajani and Kamal Hassan have not developed an alternative. That leaves them willing to wound, but unable to strike.

In Kerala, Mammooty and Mohanlal have remained “superstars” for long. Their films succeed and they do extracurricular activities aimed at winning a place for themselves beyond the filmic universe. But they appear too self-centred to earn respect.

There was only one actor in all of India who commanded respect going beyond even Bachchan’s level. That was Dr. Raj Kumar of Karnataka. He didn’t do anything special to achieve it. It was his humility, his simple way of life, his sense of values that made him admired, respected and almost worshipped across Karnataka. But, he was confined to one language and one State, so his worth remained unknown to the rest of the world.

Bachchan had the universe at his feet with Hindi and English. It was the way he deported himself that earned him respect. Perhaps, he was also a good learner. He must have learned valuable lessons when he started a corporation and it collapsed ignominiously. His attempt to get into politics not only failed; it cost him the family friendship he had with Rajiv and Sonia Gandhi. His son got nowhere in film-dom and had to find his fulfilment in kabaddi. From all this Bachchan emerged as a mature and rounded personality capable of that rare human quality, empathy.

Of course, it’s his movies that made Bachchan — the early ‘angry young man’ films and the post-prime character roles such as in Piku. But it’s his off-film work that brought him respect — his Crorepati TV show and his advertising shorts. The quiz show brought out the best in him. The way he related to the participants and the way he made them relate to the world made that show a memorable one. When he endorsed products, he exuded confidence and made the viewers believe him. He had a way of identifying himself with the product, be it Gujarat tourism or Lux innerwear.

The fee for an endorsement was Rs. 2 crore a day, and he had ten campaigns going at a time. The fee for Kaun Benega Crorepati was Rs. 1.5 crore per day. Forget the films (7 to 10 crore per role), the money here is inconveniently big.

So there’s a problem. It’s a pity that filmstars have not woken up to the beauty of giving. Our IT pioneers did that from the start. Warren Buffet uttered distilled wisdom when he said that if you die rich, you are a fool. Think.

ONE COMMENT ON THIS POST To “Mass appeal is easy for filmstars, but respect is tough. Amitabh Bachchan earned it, after many setbacks”