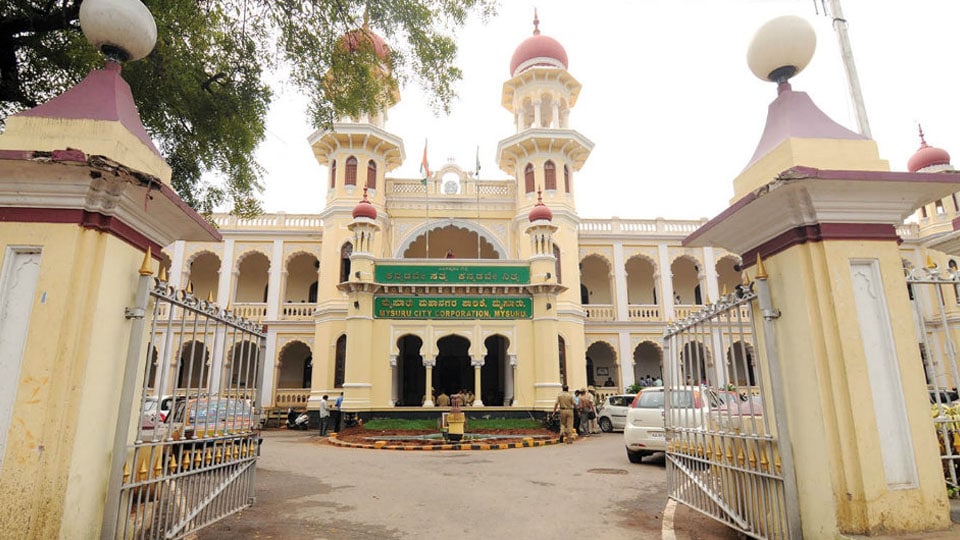 Mysuru:  After two months of being elected, Mysuru City Corporators will choose the new Mayor and Deputy Mayor on Nov. 17.

In-charge Regional Commissioner Yashwanth, who is also the Mayoral Election Officer, held a meeting with Deputy Commissioner Abhiram G. Sankar and Mysuru City Corporation (MCC) Commissioner K.H. Jagadeesha at his office on Nov. 7. Though the election is likely to be held on Nov. 17, the official notification is yet to be issued.

The election to all 65 MCC Wards was held on Aug. 31 and the results were announced on Sept. 3. Of these, 22 BJP, 19 Congress and 18 JD(S) candidates had won the polls. In addition, five independents and one candidate of Bahujan Samaj Party had won the election.

With the date almost finalised, political activities among the Corporators and party leaders has picked up and coalition partners Congress and JD(S) are busy discussing about power-sharing formula for the next five years. Last time, partners JD(S) and BJP shared power for five years where JD(S) had the Mayor’s post.