Home » News » Are all the saplings planted on Environment Day growing? 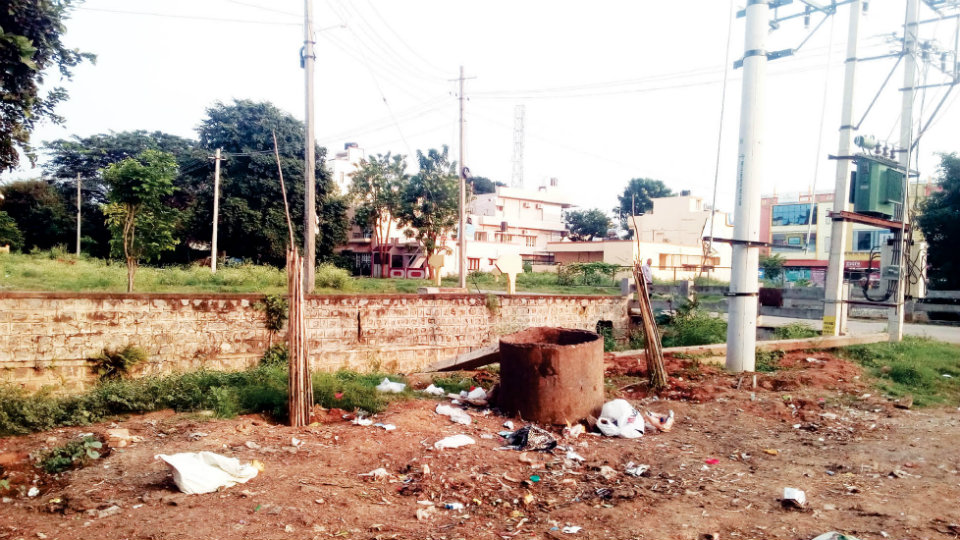 Are all the saplings planted on Environment Day growing?

Mysuru:  Everyone is aware that if we do not protect the greenery around us, then the living beings will stop breathing one day. In spite of this hard truth, the destruction of forests is going on and the trees are being axed in urban areas in the name of development. However, in the midst of all this destruction, one solace is the planting of saplings during the World Environment Day. But what we need to understand is whether the saplings will grow into trees.

On June 5, World Environment Day is celebrated everywhere. The Government and the Non-Government Organisations (NGOs) try to create awareness about the importance of clean environment through different types of programmes.

One of the main agendas during the programme is to plant and water the saplings thus spreading the message of green environment. Likewise, in Mysuru, thousands of saplings have been planted on that day. Hundreds of saplings were distributed through the Horticulture Department in all the Wards.

In every Ward, nearly 20 varieties of saplings including neem and about 80 different types of medicinal plants were distributed. They were all planted on the roadside, schools and college premises and in burial grounds. In short, wherever there is water facility available, said a report from the officials of the MCC.

Apart from this, it is said that private organisations have also planted hundreds of saplings. But will these plants grow into trees by watering them only on the Environment Day? Who will protect these plants and nurture them? These are the questions before the public.

It is not difficult to protect and nurture the saplings planted in schools, colleges and office premises.

Due to good rains this year, many plants have turned green and looking healthy. But to strengthen them it requires some more nourishing and hence more watering is required.

Except for the saplings planted near homes, the ones planted in vacant spaces are drying up due to lack of nourishment.

Though there are tree-guards put around the saplings a few without them have become easy fodder to stray cattle.

The MCC must take more care to protect the plants and nurture them. They should create awareness among the people to water the plants that are in the vacant spaces. The environmentalists must work hard in this direction.

Everyone should join hands to protect and nurture the greenery in city, say environment-lovers.