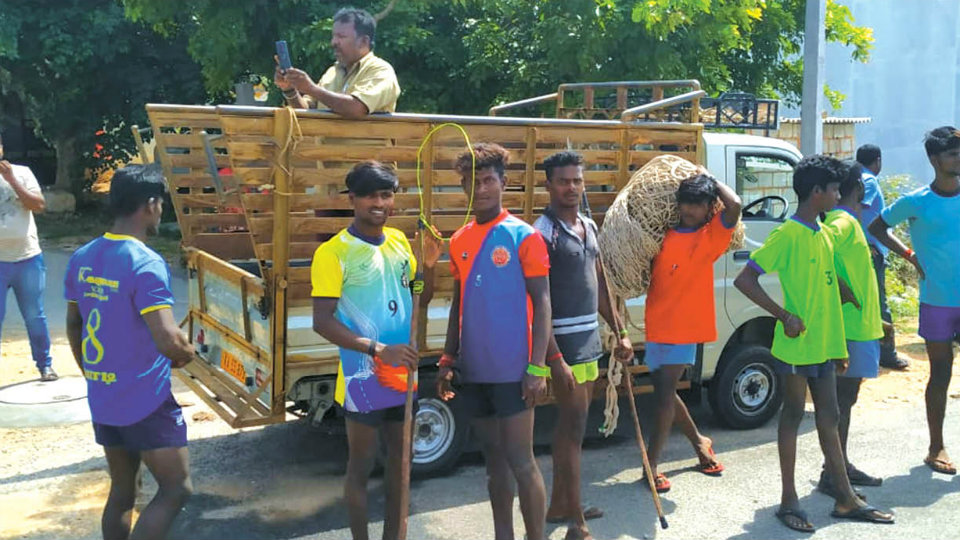 Mysuru: The Mysuru City Corporation (MCC) began a drive of catching stray pigs which cause health problems to the people and are also a nuisance as they dirty the surroundings, defeating the very purpose of the Swachh Bharat campaign of keeping the city clean.

The MCC’s Veterinary Department launched ‘Operation Stray Pigs’ after several complaints were received about the stray pigs found near roadsides, in low lying slum areas, schools, Anganwadis and other public places, not only creating unhygienic conditions but also causing problems for traffic movement.

The drive will go on for nearly a month under the protection of the Police of the respective Police Station limits and all the stray pigs found in public places will be caught, he added.

The stray pigs that are caught in the city limits will be taken and released into the forest. If they are released in nearby places, then the owners will bring them back and start leaving all over again. Hence, this step is being taken, said Dr. Suresh.

We will not catch the pigs which are reared at homes. Only if they are released on the streets will they be caught. Even though the owners have been warned several times, they have not heeded to the warnings and continue to release the pigs on to the roads and so this drastic step is being taken, he said.

In order to rehabilitate the pigs, a rehabilitation centre had been planned near Hanchya-Sathagalli when B.L. Bhyrappa was the Mayor. However, the efforts failed and hence, we are forced to release the pigs into the nearby forests, he said.