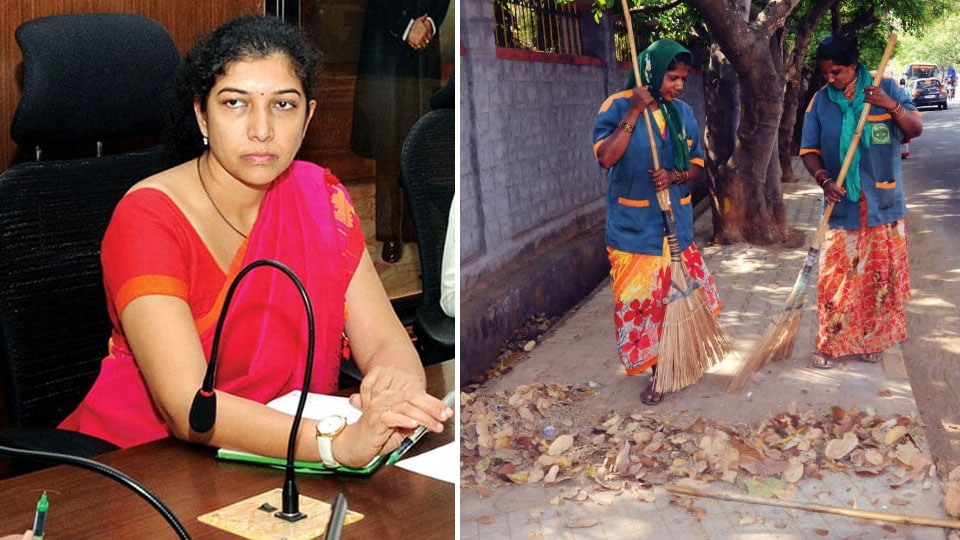 Mysuru: MCC Commissioner Shilpa Nag has expressed displeasure over the deployment of Pourakarmikas and maintenance of attendance.

She was reacting to a complaint made by a member at the Council Advisory Committee meeting held yesterday at the MCC premises here as a prelude to the MCC Council Meeting to be held tomorrow.

Shilpa alleged that the details of Pourakarmiks deputed to each Ward and the attendance details sought by her has not been furnished by the officials concerned which she claimed as sheer negligence deserving action.

The meeting decided to recommend installation of drinking water unit at B.B. Garden School, drainage construction near Shankara Mutt, implementation of various beneficiary schemes and partial release of fund for medical expenses of a MCC D-Group employee incurred at a private hospital.

A total of 48 Docking Stations have been built across the city for Trin Trin – Public Bicycle Sharing System at a cost of Rs.20.52 crore.  The meeting decided to seek advertisements through Tourism Department to be displayed at these Docking Stations and to utilise the revenue generated out of it for the Trin Trin project.