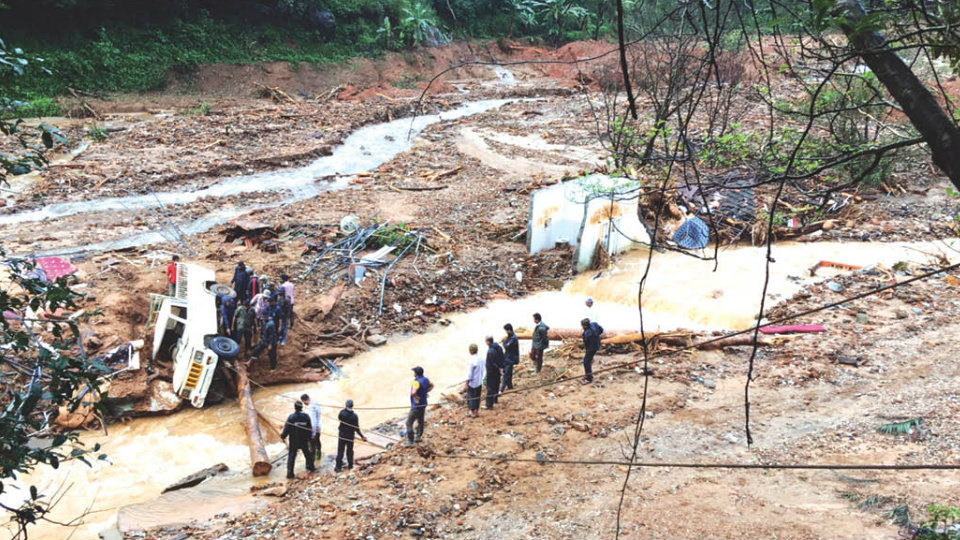 Madikeri: The  Panchayat Development Officer (PDO) of Makkandur Gram Panchayat in Kodagu has withdrawn the directive issued to the Home Stays against accepting bookings from tourists as a safety measure ahead of the monsoon.

Over 21 Home Stays and one Resort in Makkandur were served with notices by Makkandur Panchayat not to operate their guest facility till Aug. 31 as the place is prone to landslides. The notice further warned Home Stay and Resort owners that if the orders are violated, they will be solely responsible for tourist safety in case of a repeat natural calamity.

The directive had led to anxiety among tourists over their safety, although it was confined to Home Stays in Makkandur Gram Panchayat. Stakeholders of the tourism industry, especially the hospitality sector, had objected to the announcement as they feared such a step would drastically affect tourism.

In a letter to Vikas Achaiah, President, Home Stays’ Association, Kodagu, the PDO said the warning issued against bookings had been withdrawn. The Panchayat told the Association to ask its members to take all necessary precautions if the intensity of rains goes up in the coming days.

DC clarifies: Meanwhile, Kodagu Deputy Commissioner Annies Kanmani Joy has clarified that the District Administration has not issued a blanket ban on tourist visit to Kodagu during monsoon. In a press statement, the DC has clarified that no such order has been issued as of now.

Only Makkandur Gram Panchayat has issued such notice as the village is prone to landslides and the notice has now been withdrawn. “As of now there is no tourist ban. Once the rain starts and depending on the intensity of rain we will take a decision later,” she said.