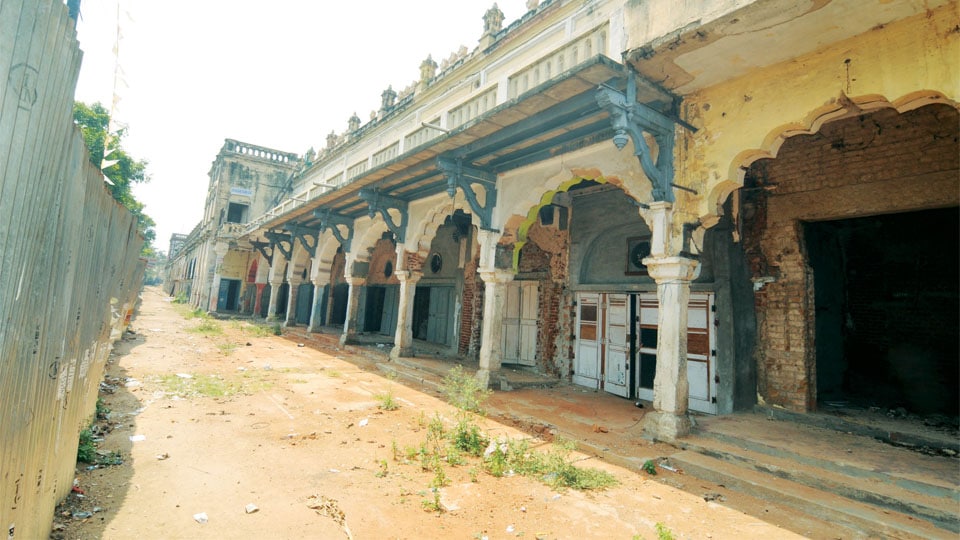 To collect Re. 1 or Rs. 2 extra from tourists visiting Palace, Zoo for conservation of existing historic structures

Mysore/Mysuru: The Mysuru City Corporation (MCC) is contemplating to levy ‘Heritage Cess’ on tourists to generate resources for restoration and conservation of the surviving heritage structures in city.

If approved, the MCC perhaps, will become the first Urban Local Body (ULB) in the country to impose this kind of cess to protect heritage structures within Mysuru.

“This is one of the best methods to mobilise resources as the MCC has other priorities to look after. We are planning to send a proposal to the Government seeking permission to collect cess,” MCC Commissioner Gurudatta Hegde  told Star of Mysore.

He said Mysuru city was blessed with more than 200 heritage structures, thanks to Wadiyars. But the condition of the majority of these buildings was not in a good state owing to lack of maintenance and  paucity of funds.

Karnataka State Municipalities Act permits local bodies to levy cess depending upon its requirement with the Government’s approval. A cess of Rs. 2 on each tourist who visit important tourist destinations like Mysore Palace, Zoo etc., would fetch good revenue to the Corporation. The city clocks a footfall of around 20-25  lakh every year and imposing ‘Heritage Cess’ on them would yield not less than Rs. 50 lakh from one tourist place. A similar amount could be expected from other places too. This would reduce dependency on the Government to a great extent, he said.

A few years ago, a portion of the historic Lansdowne building collapsed claiming a few lives. Similarly, a portion of the century-old Devaraja Market crashed. The portico of Fire Brigade building in Saraswathipuram too caved in last year due to rains.

Interestingly, both Devaraja Market and Lansdowne buildings were under the maintenance of MCC. The Congress Government led by CM Siddharamaiah had released Rs. 5 crore towards the restoration of Lansdowne building but the amount had remained unspent due to some reasons.

As far as Devaraja Market was concerned, so far there was no consensus on its restoration as a few have sought total re-construction than taking up the repair works of the collapsed portion.

“We need not have depended on the Government if the MCC had separate fund for maintenance, restoration or conservation of heritage structures. Visitors do not mind giving Re. 1 or Rs. 2 extra as it was being used for a good purpose. This matter has to be debated in the Council meeting and then forward the copy of resolution to the Government for the final approval. I am going to discuss with the Mayor and leaders of all parties to introduce this new cess in the interest of conserving heritage buildings in the city,” the Commissioner said.

He opined that the Department of Archaeology, Museums and Heritage can take up a study on the condition of heritage structures within the city so as to take up its renovation. Presently, they do not have details on its present condition unless it was of national or international importance. Involving local heritage experts will definitely go a long way in giving a fresh lease of life to the heritage structures.