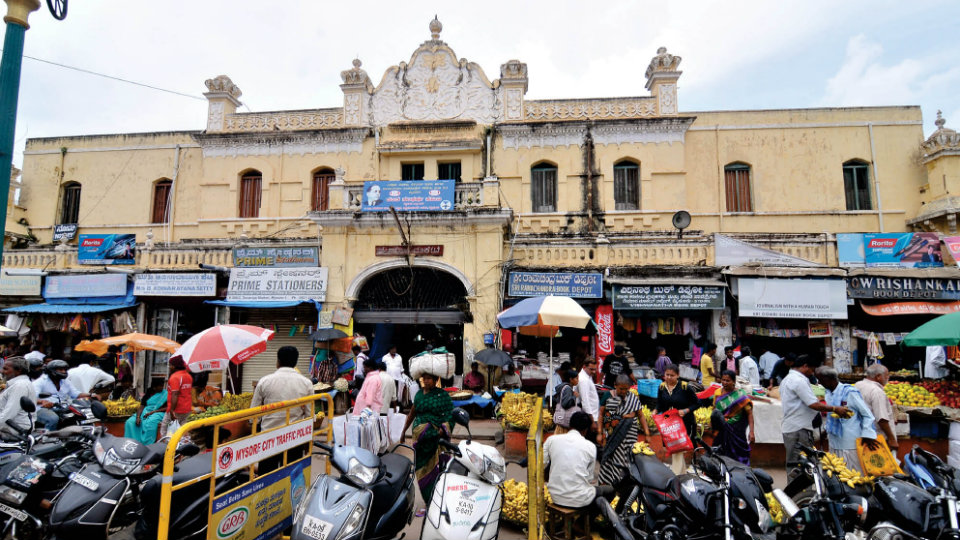 The members have opined that the MCC’s move will set a dangerous precedent and endanger the city’s other heritage structures. “In our opinion, the MCC’s decision is not in the best interests of the city of Mysuru, which has the ‘Heritage City’ tag and is the cultural capital of Karnataka,” the members have said in their letter to the Chief Secretary.

The letter has been sent by Maj. Gen (Retd.) S.G. Vombatkere and has been signed by other members of Heritage Expert Committee including Prof. N.S. Rangaraju and has urged the Chief Secretary to enforce the Heritage Regulations drafted by the HEC which have been lying unattended to for the past eight years.

“This step is necessary in order to pre-empt demolition of heritage structures at the instance of some vested interests and help protect, preserve and conserve Mysuru’s heritage. This will surely be in the larger interests of Mysuru, resulting in boosting tourism and the general economy of the region,” the letter said.

“The unanimous decision of MCC to demolish the structures was based on the report of a MCC-created Task Force comprising engineers and without representation of either heritage or conservation experts. Members of the Heritage Expert Committee accompanied by officials of MCC, visited both Devaraja Market and Lansdowne Building and submitted a Technical Report to the District Administration which expressed the feasibility of restoring both the structures and recommended immediate resumption of the restoration or conservation work. However, the work remains stalled even to date and the structures are deteriorating due to continued neglect,” the letter stated.

During a meeting held on Feb.4 and chaired by District Minister G.T. Devegowda, members of the Heritage Expert Committee had unequivocally opposed demolition of Devaraja Market and Lansdowne Building and maintained that the two structures could and should be restored and conserved. The Minister had promised to place the view of the Committee before the Chief Minister.

The Committee Members have urged the Chief Secretary to provide them with an early opportunity to meet the Chief Minister and convey their concerns regarding the protection, preservation and conservation of Devaraja Market and Lansdowne Building, as well as the unique heritage of Mysuru.

‘Dasara grandeur will be spoilt’

In their letter, the Committee Members have said that the grandeur of the annual Dasara procession will be spoilt if it ends up going past heaps of rubble and construction materials, and there will be a long-term deleterious effect on tourism if Devaraja Market is brought down for reconstruction.

The Committee Members believe that conservation and restoration can be done by taking small portions of the buildings at a time and completing work in periods of 2-3 months. This way, a few shopkeepers in the market will lose business at a time but only for a couple of months.

Demolition and reconstruction will mean that all the shops have to be vacated and the shopkeepers remain out of business for 2-3 years.