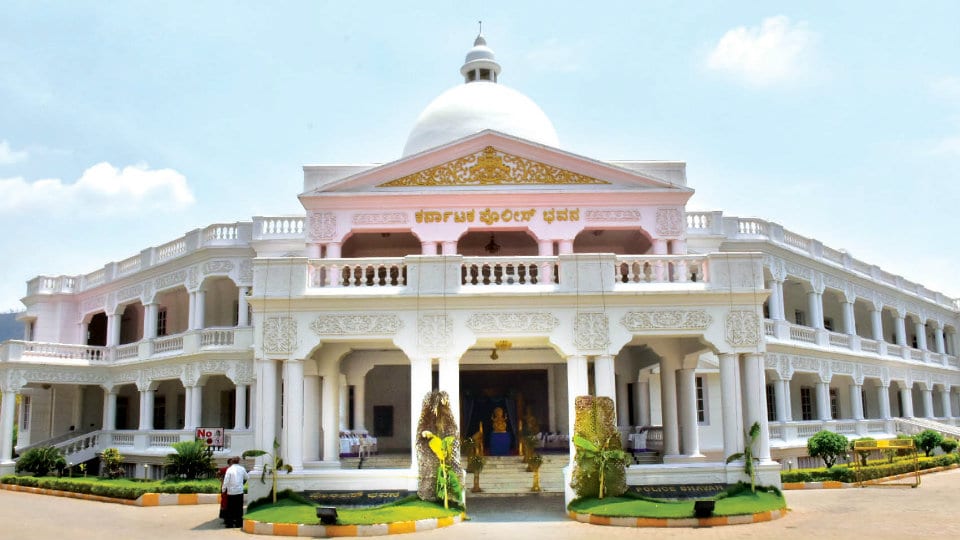 Speaking to Star of Mysore this morning, MCC Zone 1 Revenue Officer Kuberappa, who is officiating as Zonal Commissioner, said that since 2002, the Police Bhavan authorities have been paying an SAS Tax of Rs. 23,000 per year as, according to them, the building stood on a land that measures 42,600 sqft. The authorities had not got approval for the building before construction, he said.

The building Khata has been registered in the name of Commandant, the President, Karnataka Police Bhavan, Lalitha Mahal Road. According to the declaration made under SAS, the building is spread over 42,600 sqft. “However, when our engineer inspected the spot recently, we found that the built-up area was 64,218 sqft. We found that no permission had been sought either for the additional built-up area or the building approval plan or the Completion Certificate,” Kuberappa said.

According to the tax amount calculated by MCC, the Police Bhavan authorities have to pay Rs. 2.33 crore for 16 years. However, since they have already paid Rs. 67.49 lakh through SAS, Rs. 1,65,80,818 is pending. The difference in the tax amount should be paid within 30 days from the date of issuing notice, Kuberappa said.

Reacting on the issue, City Police Commissioner K.T. Balakrishna said that he has only learnt that the MCC has issued a notice. “We have been paying taxes as per the norms. There might be some issue or the tax slab would have been revised and that would have not come to our notice,” he said.

“We were busy with Lok Sabha election duty and we have not yet received any such notice. I will look into the issue and if we have to pay the pending tax amount, it will be settled as per legal provisions,” he added.