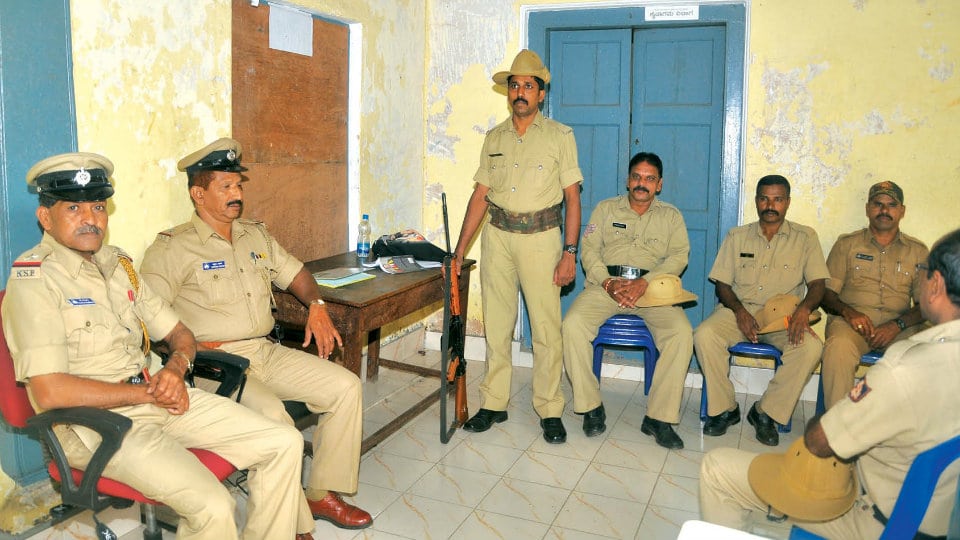 EVMs were used for the poll in which five candidates have locked their horns — SBM Manju of JD(S), K. Madesh of BJP, B.K. Prakash of Congress, Mangalamma of Bharatiya Dr. B.R. Ambedkar Janata Party and B.J. Mahabalaraj, an Independent.

However, the Ward is witnessing a three-cornered contest with SBM Manju of the JD(S), K. Madesh of the BJP and B.K. Prakash of the Congress locked in a keen tussle.

The by-poll was necessitated after JD(S) Corporator C. Mahadesh was disqualified following his conviction in a double-murder case. The polling began on a sedate note at 7 am but gained momentum as the day progressed. However, the turnout was well short of the expectation with only 47.99 % voting recorded, when voting concluded at 5 pm.

The low turnout has caused anxiety among the contestants, who had expected the voters to turn out in large numbers, with Sunday being a public holiday.

Soon after the voting concluded, the EVMs were shifted to the Strong Room in Srimanmaharaja Sanskrit Pathashala on Sayyaji Rao Road. Tight Police security has been provided at the Pathashala. The counting of votes will be taken up on July 5, when the fate of the candidate will be decided.