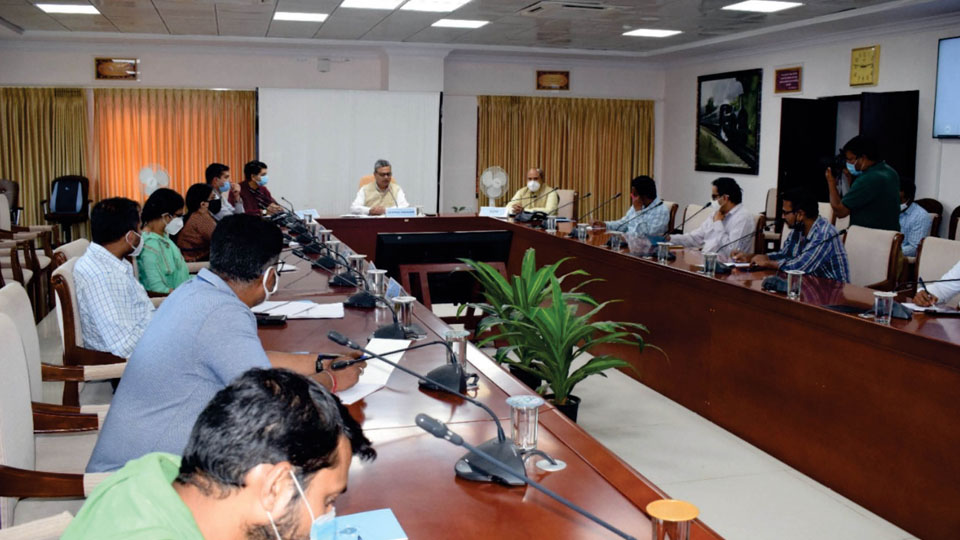 Mysore/Mysuru: Though the total budgetary allocation to South Western Railway (SWR) for capital expenditure is Rs. 6,900 crore, claimed to be the highest ever grant, the new Satellite Railway Terminal at Naganahalli near Mysuru — that will greatly help in decongesting the Mysuru Railway Station — has got a meagre allocation of just Rs. 5 crore in the 2022-23 Budget.

Another project that received a minimum grant is the new Mysuru-Kushalnagar Railway line that has got just Rs. 1,000, signalling that the long-pending project will continue to be a non-starter.

The Kushalnagar line sought to be implemented in two phases — Mysuru to Kushalnagar (87.20 km) in the first phase and Kushalnagar to Madikeri in second phase (31.90 km). The project is mired in controversy over the concerns of environmental damage in the already fragile land of Kodagu.

The Satellite Terminal at Naganahalli was sanctioned by the Railway Board in 2018-19 with an estimate of Rs. 789.29 crore. A DPR for phase-I works at a cost of Rs. 495 crore was submitted to the Board in August 2019 and has been mentioned in the Railways Pink Book No. 448. The project was targeted for completion by 2023-24.

Though the project has been listed among the 28 critical Railway Infrastructure Projects, the meagre budgetary allocation has put the project on the backburner. The State Government has a major role to play for the project to be a reality as it has to acquire land.

Over 165 acres of land is required for the project but certain farmers of the fertile belt in and around Naganahalli are refusing to part with the land.

READ ALSO  Birth in berth: 30 babies born on board Shramik Special trains in May-2020

Railway sources said that the techno feasibility study, cost benefit analysis, engineering and traffic surveys have been completed and the Railways has decided to execute the work in two phases with an estimated outlay of Rs. 496.29 crore for the first phase. The first phase proposes to lay 4 platform lines, 4 stabling lines and to maintain them together with station building.

In August last year, Mysuru-Kodagu MP Pratap Simha met Railway Minister Ashwini Vaishnaw to explain the importance of the Naganahalli project where the Minister was told that farmers have agreed to part with their land and even the State Government was interested in land acquisition.

However, sources said that the Infrastructure Development Department (IDD) of Government of Karnataka has not responded to the request of the Construction Department of SWR — entrusted with the task of completing this project — for bearing cost of land (165 acres) at the rate of Rs.1.25 crore per acre.

This lack of response from the IDD, according to sources, could be the reason for meagre allocation as any higher allocation would not have made sense unless the land was acquired.

Once the Naganahalli Terminal is operational, many new train  services can be started from there to ease the pressure on the Mysuru City Railway Station that is presently handling about 90 passenger-carrying trains per day.

Naganahalli terminal can take care of the projected passenger traffic and achieve a growth of 10 percent annually for the next 20-25 years.