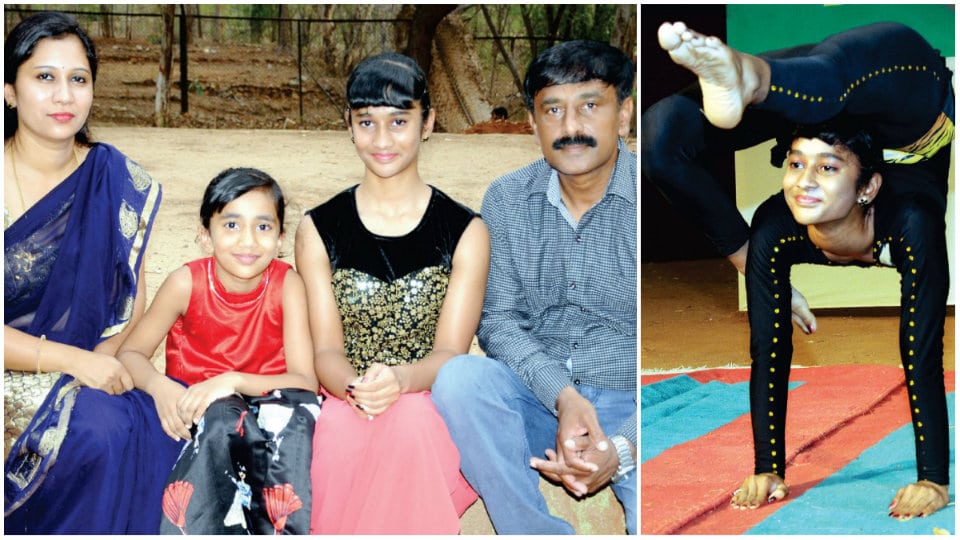 Meet the young yoga champ of our city

Just four years into learning yoga, this young girl has reached the highest level of winning medals not just in the National-level but in the International-level as well. Meet, city’s young yoga champ Kushi Hemachandra, a 9th student of St. Joseph’s Central School, Vijayanagar. Kushi is not only adept in various asanas but has also won accolades in artistic and rhythmic yoga. Having won a bronze medal in the First International Yoga Invitation Tournament held at Shanghai in China during 2014, Kushi has won gold in Solo artistic yogasana and pair rhythmic yogasana and silver in yogasana and pair artistic yogasana at the 6th Asian Yoga Championship held at Vietnam last year.

She is a recipient of many awards including the Karnataka Kalashree by Bal Bhavan Society, Government of Karnataka and Yoga Praveene by South India Yoga Federation, Bengaluru, among other honours. Daughter of S. Hemachandra, an RBI employee and H. Kumuda, a home-maker, residing in Hebbal, Kushi was one of the chief guests at the inaugural function of Chinnara Mela last evening. Star of Mysore caught up with this young talent for a brief chat. Excerpts… YOGA For a Fit body and mind: Kushi Hemachandra

Star of Mysore (SOM): Since how long are you practising yoga and what inspired you to take up yoga?

Kushi: I have been practising yoga for the past four years. I took up yoga at RBI where a yoga teacher by name Geetha Kumar taught me this ancient art. The reason why I took up yoga is because I had wheezing problems and in an effort to come out of it, I took to yoga. On assessing my talent she said that I had a bright future if I continued to pursue yoga and that is how I was able to master various asanas. Later, she introduced me to her Guru P.N. Ganesh Kumar and since then I have been practising under him.

SOM: How could you master yoga in such a short time?

Kushi: It is difficult for a starter to perform yogasanas. Initially, we are asked to perform Kapalabathi and some warm-up exercises. We slowly start doing the Suryanamaskara and Gurunamaskara after which we are taught basic asanas before heading towards advanced asanas. It also depends on one’s ability to get faster into advanced asanas. If the body is flexible, people can start practising the advanced yoga. But importance must be given to basic asanas.

SOM:  Having participated in various international yoga competitions, how do you rate the quality of yoga in India?

Kushi: Yoga has its origin in India. Wherever I have visited it is the Indians who perform the maximum. But when I see foreigners performing at international competitions ours is far better. 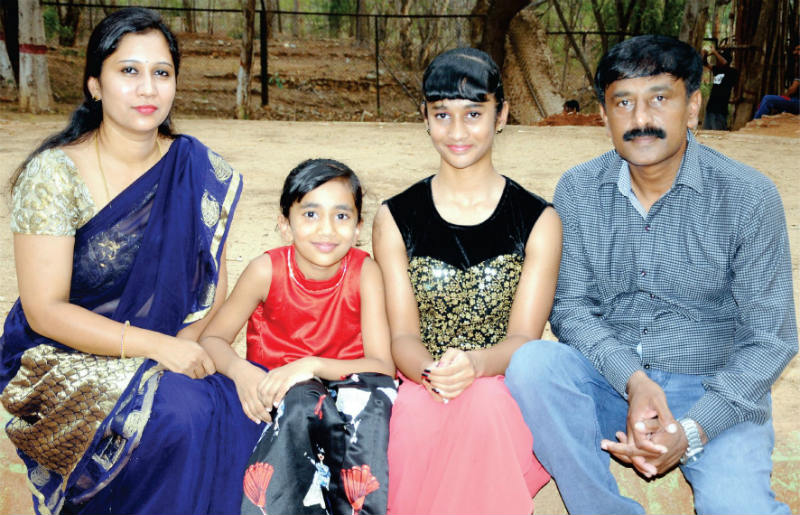 SOM: For how many hours do you practise every day?

Kushi: Every day I practise for three hours from 6 pm to 9 pm. It is ideal to practise yoga either early mornings or late evenings. I have chosen the late evening session as I have to attend to school in the morning.  Every day, I practise yoga  and when the competitions are nearing practise sessions on artistic and rhythmic yoga are done.

Kushi: Yes. We also follow certain diet. Most of us do not consume rice as we prefer to have more of chapathis with protein rich food like milk, egg, vegetables and vitamins as well. We keep away from fried and oil rich food.

SOM: You have been travelling a lot to participate in yoga competitions at various countries. How do you manage to keep up with your studies?

Kushi: I have been lucky enough to be studying in one of the best schools in our city. Teachers have been supporting me a lot to keep up with my studies. I usually study during my free time on weekends. My parents have also been helping me in my studies as well as in yoga. 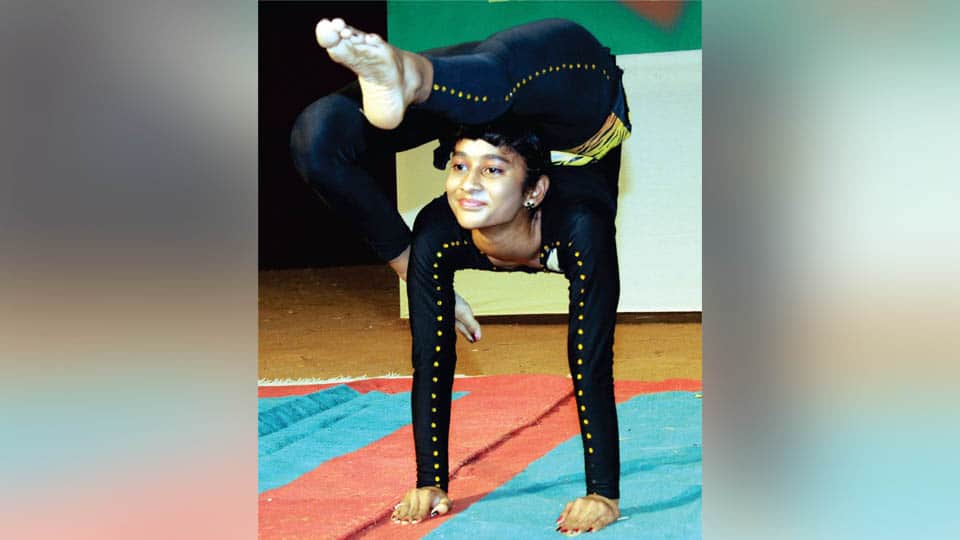 SOM: What do you aim to become?

Kushi: There is a lot more to achieve.  Apart from that I want to become a yoga teacher and teach yoga to lakhs  of people in India and even  in foreign countries.