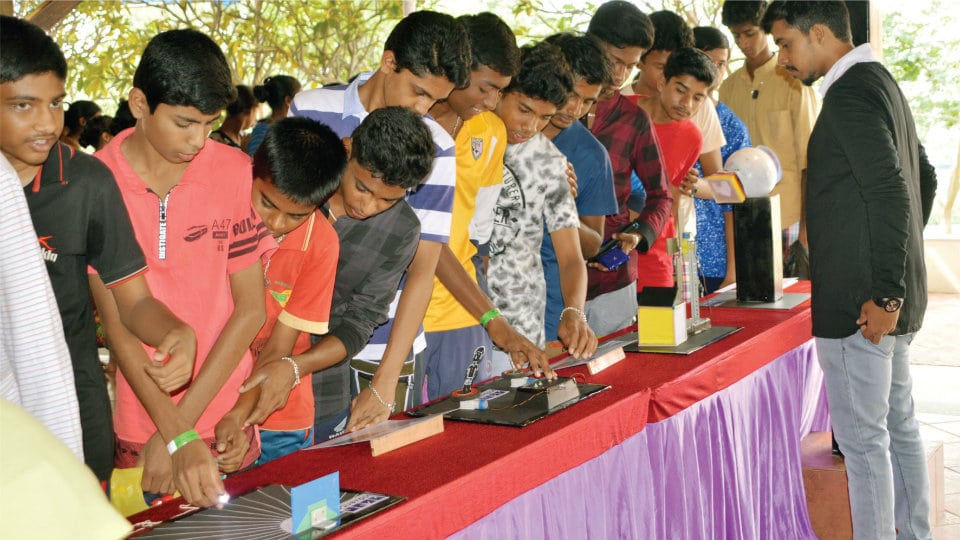 Mysuru: GRS Fantasy Park has organised a Mega Science Expo from Nov. 11 to 20 at its premises here. As part of the 18th anniversary, it is also celebrating the GRS Happiness Festival during these days.

Speaking to Star of Mysore, Ashwin Dange, Head, Business Development, said, “November and December are the months when thousands of students visit the Park. This year we decided to focus on practical-based basic science experiments. Most of these experiments are fun side of science. It guides the students from all walks of life through the steps of various science projects.”

He said that GRS Fantasy Park has collaborated with a science education startup, Kidvento to conduct this novel event. This is the second year that the Happiness Festival is organised. 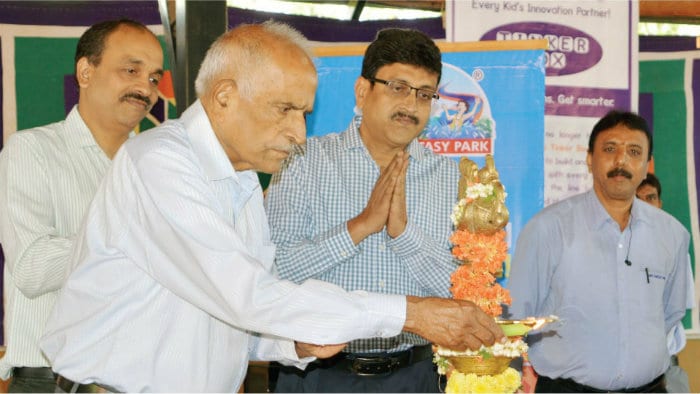 “The experiments conducted here are so simple, yet we cannot fathom it if it is not explained so clearly. For instance, the human eye-ball is depicted through a pin-hole camera, which is such a simple principle. Similarly, there are experiments on Hydraulics, blood pressure monitoring and about Archimedes Principle,” he said.

“We are expecting nearly one lakh students from all over the State in the months of November and December. On the opening day today, nearly 1,800 students from Mysuru, Bengaluru are participating,” said Dange.