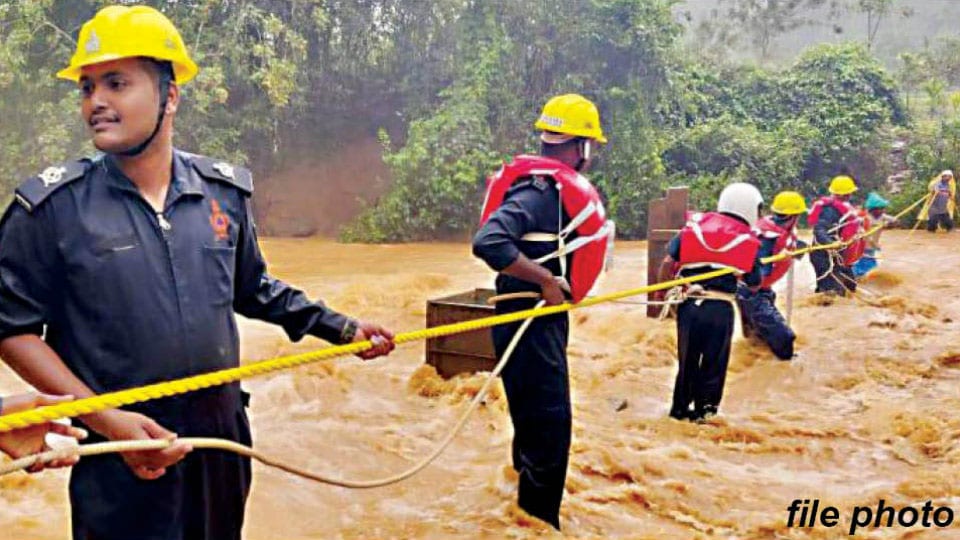 Villages in South Kodagu, including, Kurchi, Ponnampet, Kanoor, Balele, Mayamudi, Nalkeri, Kalathmadu, Koturu, Balyamanduru, Thuchamakeri and surrounding areas claimed that they heard a rumbling sound from the earth’s core. Residents of Kurchi village said they rushed out of their houses for safety. The residents in other villages said the rumbling noise and mild tremors were experienced up to 10 pm.

While the residents of Ponnampet experienced mild shaking of the earth resulting in the rattling of doors and windows, residents of Balele said that the wall of a bakery developed cracks. It has been raining in Kodagu since a couple of days, accompanied by heavy thunder and lightning and the residents said that last year too, parts of Kodagu including Suntikoppa, Shanthalli, Bettadalli and Makkandur had experienced tremors.

However, the Mines and Geology Department officials said that the Richter Scales installed at Harangi Dam and KRS?Dam in Mandya have not recorded any tremors. “Tremors also could have been caused due to intense thunders,” they said.

Reacting on the issue, Kodagu Deputy Commissioner Annies Kanmani Joy said there was no need to panic. According to officials of Karnataka State Natural Disaster Monitoring Centre (KSNDMC), no tremors were recorded in the Seismograph. Scientists from Geological Survey of India are visiting Kodagu next week and they will be requested to visit these spots, she said.

“Mild tremors were restricted to a specific area. Tremors of less than 1 intensity are not recorded on Richter Scale installed at Harangi Dam. In such cases, there will be no loss to lives and property. Thus, the people have no reasons to panic,” she added.

The residents, who experienced tremors, can contact the District Disaster Management Cell’s toll-free number (08272-221077) and seek help, she said. Local officials in such spots have been alerted and they have been instructed to take care of people and to act upon immediately to help them, the DC added.

Meanwhile, the KSNDMC has stated that it has established 14 VSAT-enabled Permanent Seismic Monitoring Stations Network (PSMS Network) at KRS and Harangi and would take up seismic monitoring and disaster mitigation tasks as and when a micro tremor takes place. These micro tremors which are less than a magnitude of 1 on Richter Scale do not cause any damage to life and property, sources said.

The Ministry of Home Affairs (MHA) will deploy National Disaster Response Force (NDRF) teams in Dakshina Kannada and Kodagu for the forthcoming Southwest Monsoon. The teams will be in place today (May 25), according to a communiqué sent by NDRF top brass to the Principal Secretary to the Government, Revenue Department. A letter from Commandant, 10th Battalion, NDRF to the Principal Secretary, states that two NDRF teams that will be deployed, will not be sub-divided.

“The NDRF Standard Operating Procedure (SOP) does not permit dividing a team into two sub-teams for deployment at two different districts. However, in case of emergency, a sub-team can be deployed within a distance of 15-20 kms in the same district,” the note said.

The Commandant at the same time assured that if additional NDRF teams are required in view of emergency situation with the onset of monsoon, they will be sent from the headquarters. The teams have been dispatched from NDRF base and the team will be positioned at CISF barracks at New Mangalore Port, ready for deployment at short notice.