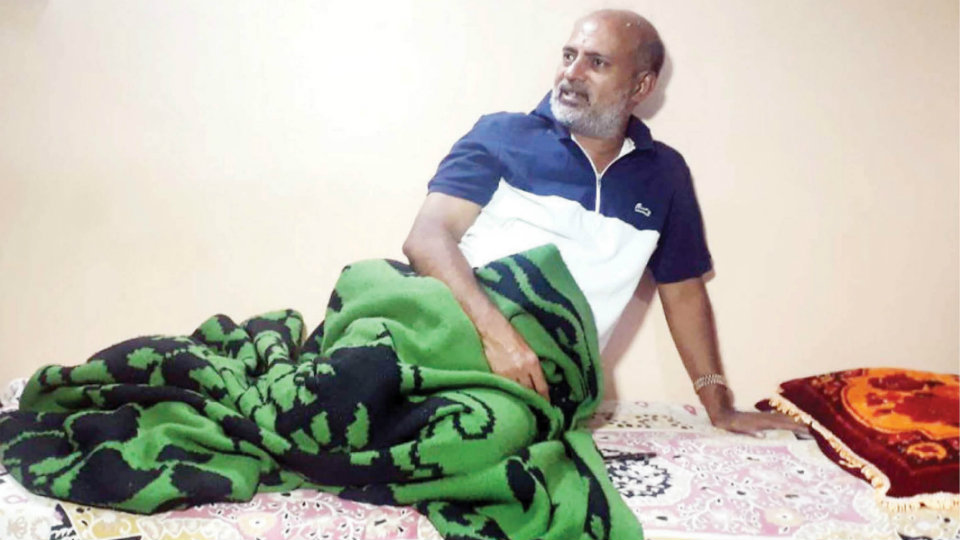 Mysuru: Tourism and Sericulture Minister S.R. Mahesh stayed at Haradanahalli in K.R. Nagar taluk on Friday as part of his ‘Grama Vastavya’ programme.

Hundreds of villagers from Haradanahalli, Lakkikuppe and Lakkikuppe Koppalu had come to see the Minister and air their grievances.

Mentioning that the intention behind such ‘Grama Vastavya’ was to better understand the plight of farmers, Mahesh said that he will hold such a programme every month. He said that he would hear farmers’ grievances, and try to resolve them at the earliest.

“Grama Vastavya is Chief Minister H.D. Kumaraswamy’s dream project and I will stay in a village on the first Saturday of every month. The district-level officials will participate in the programme and we will try to resolve the people’s issues by reaching them at their village,” he said.

The Minister stayed at the home of a farmer Ananthu, of Haradanahalli, which comes under the K.R. Nagar Assembly constituency, which he represents. Mahesh performed puja at Ballur Katte before releasing water to the Chamaraja right and left bank canals for agriculture.

As he arrived at the village, Mahesh received a rousing welcome with hundreds of villagers, party workers and government officials lining up to welcome him. After reaching the village at 10.30 pm, the Minister held a meeting with the officials and collected details about the problems under the Grama Panchayat limits.

Mahesh said that with this programme, the villagers will get a relief as they need not visit the government offices for getting their works done. “We will try to resolve the problem on the spot,” he said.

“Officials have been visiting the village for the past one month and have been listening to the grievances of the farming community. There are problems of streetlights, poor roads, Khata transfer, delay in issuing pensions, etc, which will be resolved,” Mahesh said. He received several complaints from the villagers.