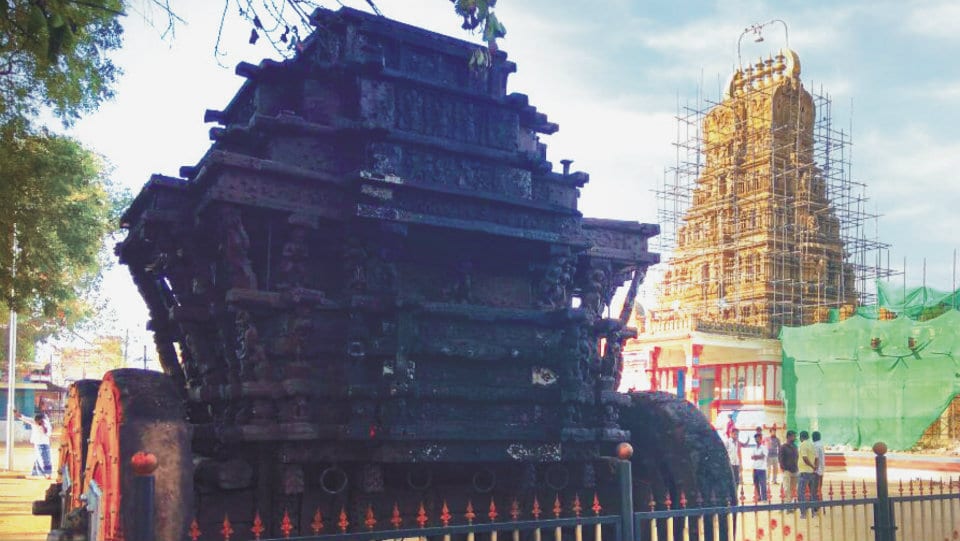 The ‘Dodda Ratha,’ stationed in front of the famous Chamarajeshwara Temple here, was partially damaged when a few miscreants allegedly set fire to the ‘Ratha’ late last night. The ‘Dodda Ratha’ is said to be the lead chariot in the ‘Rathotsava’ being organised every year in July. The fire on the ‘Ratha’ was noticed by the security guard at the nearby ATM kiosk of Syndicate Bank last night who immediately alerted the Police. A fire fighting engine was summoned and its personnel managed to douse the fire thus preventing a major mishap.

About 25% of the ‘Ratha’ is believed to have been damaged. Members of various pro-Kannada organisations staged a protest in that context at important junctions in the town and in front of the Temple urging the Police to nab the culprits and punish them soon.

The Town Police have registered the case and investigation is on.